Founded in 1990, Yoshii Gallery has established itself as a prominent fixture in the art world, offering important works by 20th century masters and leading contemporary artists. The gallery is known for using its intimate space to create carefully curated, museum caliber exhibitions for both group and solo shows.
Over the past 30 years, the gallery has produced an impressive array of shows by world-renowned artists such as Pablo Picasso, Alberto Giacometti, Henri Matisse, Mark Tobey, Hiroshi Sugimoto, Nobuyoshi Araki, Taizo Kuroda, On Kawara, Lee Ufan, Eric Fischl, Kenny Scharf, and Jake and Dinos Chapman, to name a few. Along with such well-known artists, the gallery has also introduced exciting young talent such as Makoto Ofune, Benny Safdie, Victoire Bourgois, and Gen Saratani into the contemporary art market.
Since 1990, Yoshii Gallery has continually produced thought-provoking shows that highlight both established and emerging artists working in a wide range of media. In 1994, the exhibition of Giacometti’s “Early Works in Paris” was selected by the International Association of Art Critics as the second best gallery exhibition in the United States. In 2005, the gallery’s exhibition “Tadao Ando: Process of Creation” marked the first time the architect’s personal drawings were displayed in a commercial institution. Yoshii Gallery has also presented a number of exhibitions that explored the contrasting and distinctive cultures of the East and West, such as “Picasso & Hokusai” in 1999 and “Giacometti & Japanese Sculpture” in 1998. 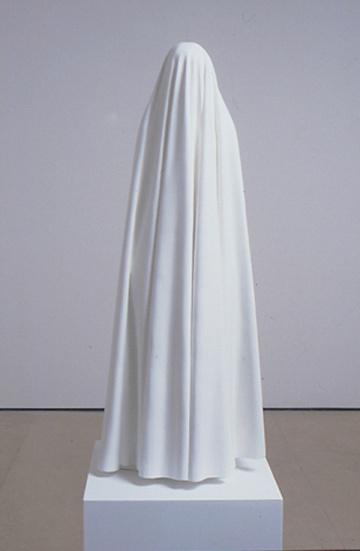 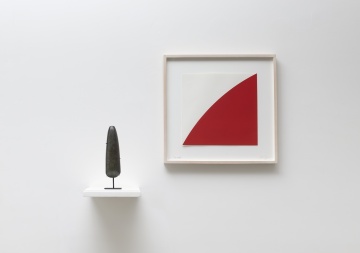 October 26, 2022 - December 17, 2022
Yoshii Gallery is pleased to present our upcoming exhibition Contemplating Form: Juxtaposing Ancient, Modern and Contemporary Art. The exhibition will highlight seventeen pairs of artworks - one antique juxtaposed with one modern or contemporary artwork. By curating a focused selection of artworks, we aim to create a dialogue between the ancient and the modern, and to highlight the common threads and aesthetic qualities that unite artwork throughout the ages. 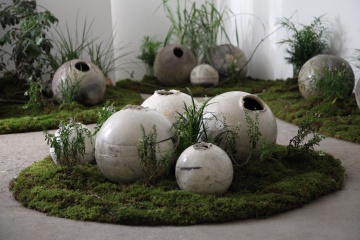 July 20, 2022 - September 30, 2022
Shiro Tsujimura lives and works in the mountains of Nara, Japan. To create his pieces, he first shapes the clay and then fires it, allowing a natural ash glaze to form during this process. As the works are fired, ash collects thickly on the shoulders of the pieces, and drips down the sides, creating spontaneous patterns of green and grey hues. 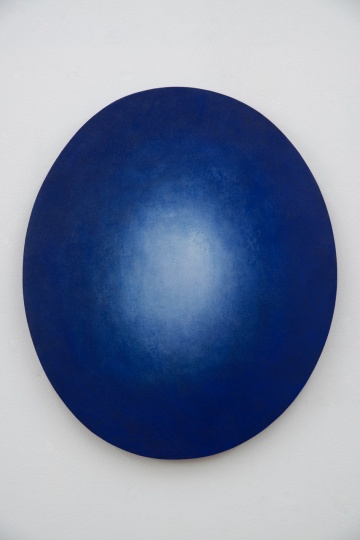 May 4, 2022 - June 25, 2022
Yoshii Gallery is pleased to announce STILL WAVE, featuring new work by the artist Makoto Ofune. Ofune creates rich, luminous artworks by reinventing traditional modes of Japanese painting. This technique results in vibrant artworks that reflect the spiritual and meditative process of the artist.