Peter Freeman, Inc., founded in 1990, represents leading international artists and estates of several generations and specializes in important paintings, sculptures, and drawings of the 19th, 20th, and 21st centuries, with a particular emphasis on early Pop, Minimal, and Conceptual works. 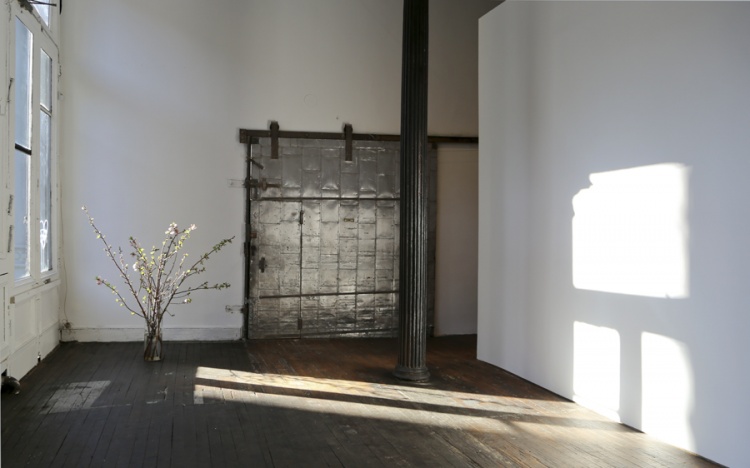 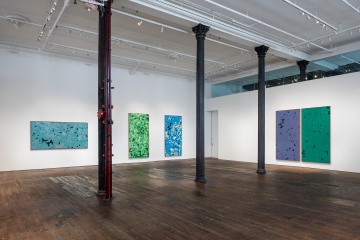 April 21, 2022 - June 4, 2022
For his fourth solo exhibition at Peter Freeman, Inc., Jan Dibbets presents a selection of works from his latest series Billions of Universes, shown here for the first time outside of Europe. These large-scale color digital prints demonstrate that there is no limit to image building by means of technology.
Past Exhibitions 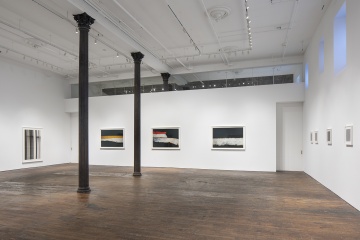 January 13, 2022 - February 26, 2022
Peter Freeman, Inc. is pleased to present Dove Allouche: Primordial Soup, the artist’s third solo exhibition with the gallery in New York, bringing together works from three recent series: Absorption Lines (2018-2019), platinum photographic prints of the sun’s absorption lines enlarged to the point of abstraction, Repeint (2019-2021), unique Lambda prints of paint samples from Renaissance paintings, and I.R (2016-2018), more than 100 small format drawings made after Isaac Robert's glass plate photographs of the sky. Allouche works with photographic processes, but also with drawing, printmaking, and scientific means, to bring light to natural phenomena that are otherwise invisible to the naked eye. Throughout his work, he has created a “syntax of reproducibility” (as critic Philippe-Alain Michaud has written) in which he masters and reinvents various mechanical processes, parsing them out step by step or slowing them down for examination. The means of representation become subjects in themselves, poetically intertwined with what is happening within the images. Dove Allouche does not see making the invisible visible as a way to seek the beyond elsewhere. It is not a metaphysics but a physics of bodies that determines the relationship to objects and steers the process by which images are revealed. Applying a filter to the as yet unseeable is how he makes discoveries and adjusts the scale of visibility, to obtain a new image of something that had no prior visible appearance. —Tristan Cormier, “Dove Allouche: making marks on a new scale” (2021), text written on the occasion of this exhibition Dove Allouche was born in 1972 in Sarcelles, he lives and works in Paris. Recent projects include a public commission for the library of the INHA – Institut national d’histoire de l’art – in Paris, solo presentations at Le Grand Trianon, Galerie des Cotelle, Château de Versailles (May 2019), as well The Contemporary Art Gallery, Vancouver (2018), and inclusion in Préhistoire et Modernité, Centre Pompidou (Paris, May 2019). His work has previously been the subject of solo exhibitions at Fondation Ricard, (Paris, 2016), and Centre Pompidou (Paris, 2013). His work is included in several museum collections, including the Museum of Modern Art, New York, the San Francisco Museum of Modern Art, and Centre Pompidou, Paris. An opening reception will be held on Thursday, 13 January from 6 to 8 pm. For reproduction requests and press related questions, please contact the gallery at +1 212 966 5154 or madeline@peterfreemaninc.com. Read the full exhibition text by Tristan Cormier below In English: https://bit.ly/3zGUQzk In French: https://bit.ly/3qeyF0c 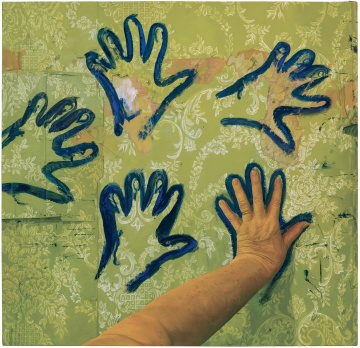 November 12, 2021 - January 8, 2022
For her third solo exhibition at Peter Freeman, Inc., Catherine Murphy (b. 1946) presents thirteen recent paintings and drawings. These still-lives, landscapes, and self-portraits are all carefully witnessed or imagined scenarios, and all rely on direct observation. As Catherine Murphy’s work embraces this close observation, it simultaneously considers the intellectual, emotional, and abstract nature of painting, and humor. Over the extended time it takes to make each work, Murphy employs a thousand instances of looking, transforming seemingly isolated and fleeting moments into representations of passing time, meditating on reality as a place of constant and inevitable change. By grounding her imagery in the everyday, she loads her representation of familiar places and objects with narrative potential. At the same time, Murphy magnifies the tension between representation and abstraction by organizing visual information through a unique geometric lens. Forms, patterns, and grids dominate compositions and create connections between works with otherwise distinct subject matter. They are each, in their own way, studies of light, color, and reflection. The form created by two dramatically lit plastic trash bags, filled with clothes and piled on an office chair, echoes the shape of a man’s torso. A figure shrouded in a beach towel works as an interpretation of a landscape within a landscape. Her depiction of plastic buckets filled with water looks at figure, ground, and merging picture planes. Each surface reflects a distinct image of light filtering through the treetops above, while the details combine to form a single dazzling whole. “In Catherine Murphy’s quietly beautiful paintings, the everyday tips into the transcendental” – The New Yorker (2018) Catherine Murphy (b. 1946, Cambridge, Massachusetts) lives and works in Poughkeepsie, New York. Following her inaugural show at Peter Freeman, Inc (2013) the gallery, in collaboration with Skira Rizzoli, published her first major monograph, written by John Yau with a foreword by Svetlana Alpers. Murphy studied at Skowhegan School of Painting and Sculpture in Maine and received a BFA from Pratt Institute in Brooklyn in 1967. She is a member of the American Academy and Institute of Arts and Letters and has work included in numerous museum collections, including the Art Institute of Chicago; The Museum of Modern Art, New York; Metropolitan Museum of Art, New York; National Portrait Gallery, Washington, DC; San Francisco Museum of Modern Art; and The Whitney Museum of American Art, New York. 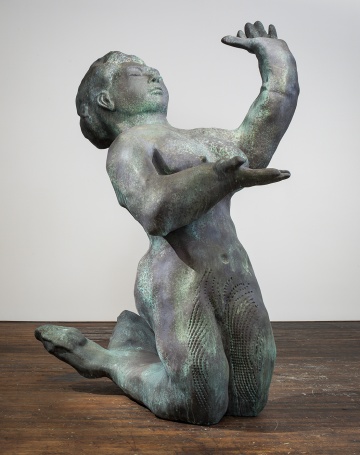 September 16, 2021 - November 6, 2021
For his sixth solo exhibition at Peter Freeman, Inc., Thomas Schütte (b. 1954) presents a selection of new sculpture, print works and drawings that investigate figurative expressiveness, scale, and material. Schütte’s latest works are being shown here for the first time outside Europe. One of the most acclaimed artists of his generation, Schütte’s real and invented forms, often distorted and unsettling, explore themes of cultural memory, existential struggle, and human striving for an impossible utopian ideal. 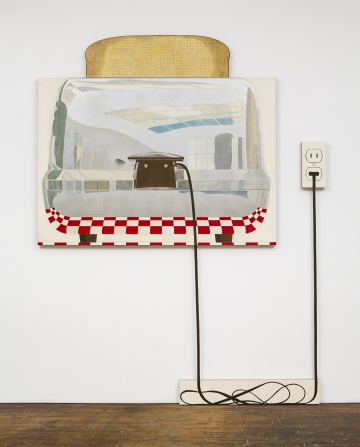 March 6, 2021 - May 29, 2021
Peter Freeman, Inc., is pleased to announce a retrospective of Alex Hay’s work, with new dates of 6 March – 29 May 2021. Originally planned for April 2020, what was the occasion of the artist’s 90th birthday last year, this is the artist's sixth exhibition with the gallery, and his first retrospective anywhere since the New York Cultural Center’s 1971 Alex Hay: Recorded and Performed Activities since 1962. The exhibition includes paintings, sculpture, and drawings from 1963 to 2020, with loans from the Archives of American Art, The Lowe Art Museum, Weatherspoon Art Museum, and the Whitney Museum of American Art. 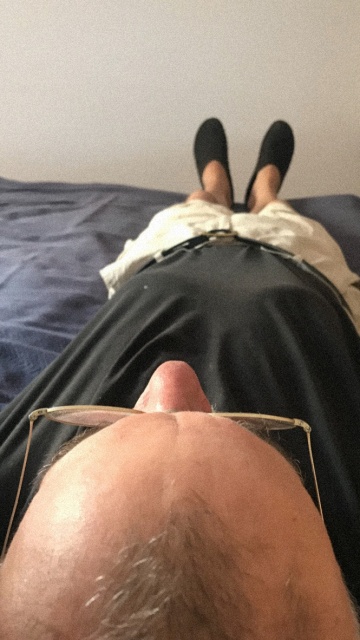