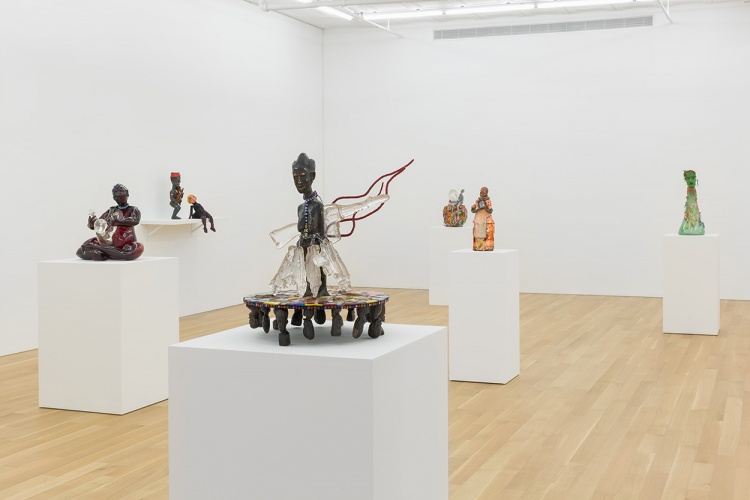 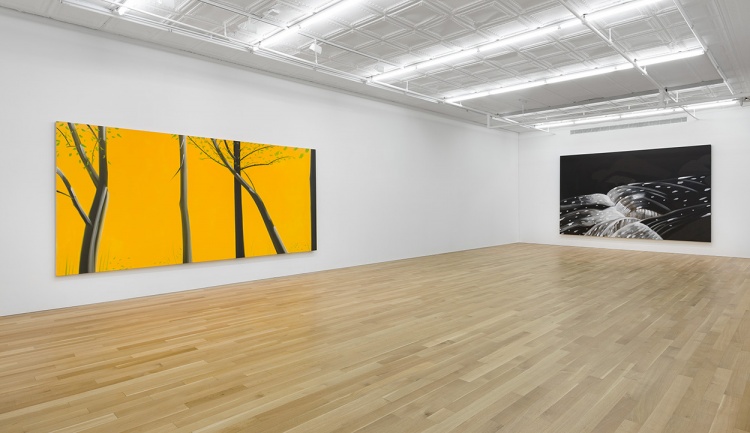 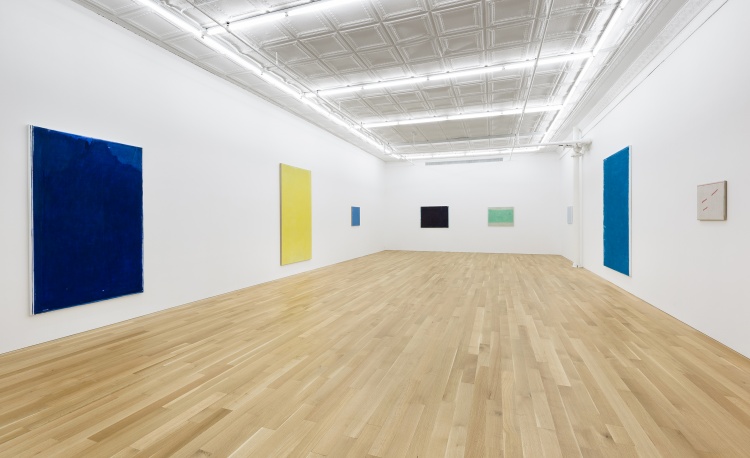 176 Grand Street
New York, NY 10013
Peter Blum Gallery is pleased to present "Abstracting Representation," an online group exhibition that brings together individual paintings and drawings spanning from 1949-2020 by seven artists: Paul Fägerskiöld, Helmut Federle, Alex Katz, Esther Kläs, David Rabinowitch, David Reed, and John Zurier. Although from diverse backgrounds and generations, each artist demonstrates through these works their unique visions of abstraction that emerge from representational elements and influences, whether they be architecture, landscape, Baroque art, or the human form.
Current Exhibition

176 Grand Street
New York, NY 10013
September 12, 2020 - October 31, 2020
Peter Blum Gallery is pleased to present an exhibition of new work by Erik Lindman entitled, "Fal/Parsi" at 176 Grand Street, New York. This is the artist’s first solo exhibition with the gallery. There will be an opening reception on Saturday, September 12, from 10am - 6pm by appointment. Please email, call, or book online to arrange a viewing time. Since the beginning of his artistic practice, Erik Lindman’s incorporation of anonymous found surfaces as compositional elements in painting has occupied a central place in his work. Reinterpreting and repurposing cast-aside materials such as shards of steel or canvas webbing, he combines a variation of surfaces in a cascade of decisions with a focus on scale and negative space. Lindman lays down and builds up marks and gestures, ultimately articulating value and attention while asserting the materiality and tactile nature of each painterly composition. His topographical surfaces become the final result of what is buried beneath them, and upon closer inspection, layers of paint reveal further color and traces of discarded elements. As Lindman states, his practice and methods are the most efficient means he has discovered to create a space of reflection and contemplation for viewers to generate their own meanings. Underpinning the exhibition is the allusion to the myth of the Arthurian knight Parsifal and his quest for the Holy Grail. The title "Fal/Parsi" literally means “Pure Fool” in the Arabic origin of the name. As Lindman comments, “I see the ‘Pure Fool’ as an analogy for the painter of modern life, the artist who can only manage to take a stab at creation through ignorance of its futility, and yet paradoxically because of this serves as a vital channel.” His practice with its inherent content and subject matter intends to add to the complex discourse of abstract painting for his own generation and time. Lindman pursues a new mediation of abstract traditions, both original and eclectic, while instilling subjective importance into his multifaceted process. Erik Lindman (b. 1985, New York) lives and works in New York. He earned his BA from Columbia College, Columbia University in 2007 and received a Yale Norfolk Painting Fellowship in 2006. Lindman was honored at the Hirshhorn Museum’s "Artist x Artist Gala" in 2019. He has also received The Louis Sudler Prize for Excellence in the Arts from Columbia University in 2007, and has also received an Ellen B. Stoeckel Fellowship for Yale Norfolk School of Art in 2006. His work has been included in exhibitions at the Kunstalle in Freiburg, Switzerland, the Museum of Contemporary Art, Chicago, White Columns in New York, le 109 in Nice, France, Kaviar Factory in Henningsvær, Norway, and Foundation Hippocrène in Paris, France among others.
Past Exhibitions

Carry a Song / Disrupt an Anthem

176 Grand Street
New York, NY 10013
January 24, 2020 - March 28, 2020
Nicholas Galanin works from his experience as a Tlingit and Unangax̂ artist, simultaneously exploring his Indigenous identity and contemporary art practice. With a keen observation of past and present, Galanin exposes intentionally obscured collective memory and barriers to the acquisition of knowledge while celebrating the resilience and strength of Indigenous people and their culture. As Galanin says, the exhibition’s title implies that "to carry the songs of Indigenous people, to carry the songs of the land, is inherently disruptive of the national anthem." Expressing his art through sculpture, installation, photography, video, performance, and textile-based work, Galanin asserts cultural, political, and creative sovereignty for Indigenous people. Galanin’s contemporary practice builds upon an Indigenous artistic continuum and responsibility to the land, thereby contributing urgent criticality and vision through resonant and layered works.

In the (very) beginning

176 Grand Street
New York, NY 10013
November 21, 2019 - January 18, 2020
Su-Mei Tse is a visual artist whose multidisciplinary work contemplates existence, notions of time, and rhythm. She expresses life questions by capturing fleeting moments of memories and feelings through various media including photography, sculpture, film, and installation. Impressions in everyday existence whether they be a passing thought, transitory state, or a visual or auditory experience are lyrically translated in her work. Tse was initially trained as a classical cellist before completing visual arts studies. This leads her to reflect on the nature of music and self, while the perception of visual and auditory elements remain central to her work. The artist’s practice is not solely seen and heard, but it is felt. In the new film Shaping, Tse presents an ongoing act of clay being formed by hand and then dissolving, accompanied by a soundtrack based on low frequencies. This is not towards a final result, but to demonstrate continual movements creating an endless choreography. Similarly responding to her background of Chinese and British descent, Tse offers contemplations of cultural variance stemming from her own relationship between East and West.

What Next and Why Not