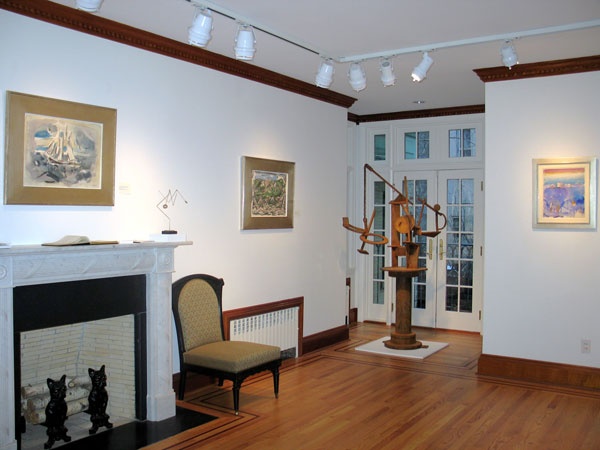 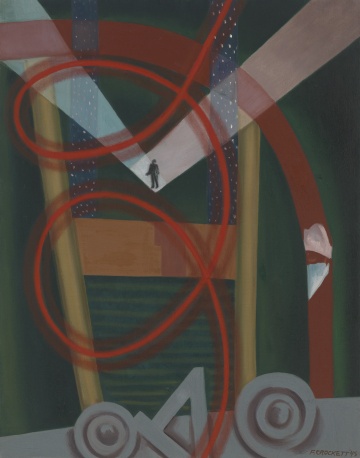 October 6, 2022 - November 18, 2022
Meredith Ward Fine Art is pleased to present Flora Crockett: Modern Color, an exhibition of 20 oil paintings on view from October 6th through November 18th. This exhibition will feature a new group of works that have never before been exhibited. The gallery will also be showing Crockett’s paintings at The Art Show at the Park Avenue Armory (Booth A17) from November 2nd through 6th. This is the third exhibition of Crockett’s paintings at Meredith Ward Fine Art and presents a survey of the artist’s work. From her intense biomorphic works of the 1940s and 1950s to her exuberant abstractions of the 1960s and 1970s, Crockett is both in tune with the avant-garde movements of her time and occupying a space that is entirely her own. Her paintings adapt lessons learned from studying with Fernand Léger and deeply engage with the visual language of abstraction. Throughout Crockett’s oeuvre, a masterfully deployed color sense and witty playfulness betray her confidence in stretching the bounds of abstraction and claiming the genre for herself. The gallery is the exclusive representative of the artist’s estate and has previously mounted two exhibitions of her work, both of which received critical praise. Roberta Smith wrote in The New York Times in 2015 that Crockett’s body of work could, “hold its own in the collections of the Whitney Museum of American Art or the Museum of Modern Art and in the history of American abstract painting.” In 2017, John Yau wrote in Hyperallergic, “Crockett persevered and produced a remarkable body of work deserving of our attention.” 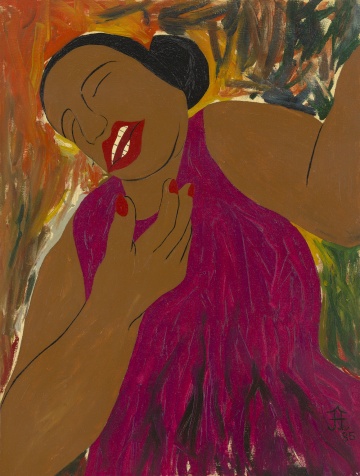 April 29, 2022 - June 24, 2022
Meredith Ward Fine Art is pleased to present Frank Diaz Escalet: Sing Me the Blues, an exhibition of paintings and inlaid cut leather works on view from April 29 through June 24, 2022. Centered on music and dance in the work of Frank Diaz Escalet (1930-2012), the show is the second exhibition of the artist’s work at Meredith Ward Fine Art. The gallery successfully debuted Escalet’s work last year, which was the first exhibition since his death. Almost entirely self-taught, Puerto Rican-born Escalet was a painter and master leathercrafter, and developed his own technique for creating images out of cut leather that vividly capture the dynamics of a scene. From his inlaid cut leather works of the 1970s and 1980s to his later paintings, Escalet’s bold compositions celebrate the joy and solace found in music and dance. These works convey the pulse of New York City nightlife and share a deep pride in the folk traditions of his native Puerto Rico. A jazz enthusiast who spent time in New York City jazz clubs, Escalet depicted figures from across the history of 20th century jazz while tapping into the creative energy that sustains the genre. Escalet’s keen eye and confident hand captures the vivacity and humanity shared through these cultural pastimes. 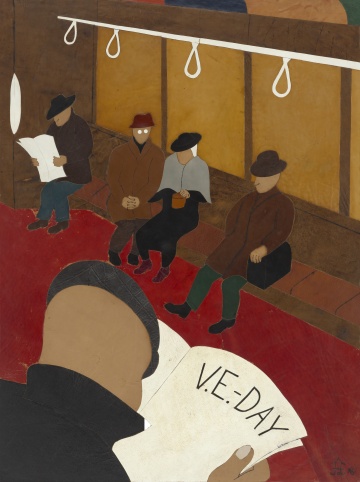 May 14, 2021 - July 30, 2021
Meredith Ward Fine Art is pleased to present Frank Diaz Escalet (1930-2012), an exhibition of 18 paintings and inlaid cut leather works and on view from May 14 through June 25, 2021. This will be the first exhibition of Escalet’s work since the artist’s death. Almost entirely self-taught, Puerto Rican-born Escalet was a painter and master leathercrafter, and developed his own technique for creating images out of cut leather that vividly capture the dynamics of a scene.

Watercolors By George Luks and Other American Paintings