Lisson Gallery is one of the most influential and longest-running international contemporary art galleries in the world. Today the gallery supports and promotes the work of more than 60 international artists across two spaces in London, two in New York, one in Shanghai, as well as temporary spaces opened in 2020 in East Hampton and London’s Mayfair district. Established in 1967 by Nicholas Logsdail, Lisson Gallery pioneered the early careers of important Minimal and Conceptual artists, such as Art Language, Carl Andre, Daniel Buren, Donald Judd, John Latham, Sol LeWitt, Richard Long, and Robert Ryman among many others. It still works with many of these artists as well as others of that generation from Carmen Herrera to the renowned estates of Leon Polk Smith, Ted Stamm, and Roy Colmer.
In its second decade, the gallery introduced significant British sculptors to the public for the first time, including Tony Cragg, Richard Deacon, Anish Kapoor, Shirazeh Houshiary, and Julian Opie. Since 2000, the gallery has gone on to represent many more leading international artists such as Marina Abramović, Ai Weiwei, John Akomfrah, Susan Hiller, Tatsuo Miyajima, and Sean Scully. It is also responsible for raising the international profile of a younger generation of artists led by Cory Arcangel, Nathalie Djurberg & Hans Berg, Ryan Gander, Haroon Mirza, Laure Prouvost, Pedro Reyes, and Wael Shawky.
Artists Represented: 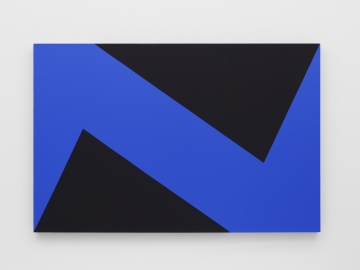 May 4, 2022 - June 11, 2022
The 1970s marked an important moment in Carmen Herrera’s evolution, wherein she concluded her widely celebrated Blanco y Verde series, made her triumphant return to sculpture, and opened new forays into her painting practice. Bringing together 15 crucial paintings and Estructuras, the artist’s tenth solo exhibition with the gallery demonstrates the breadth of Herrera’s achievements during this transformative decade. The exhibition in New York is the first of a two-part presentation that focuses on Carmen Herrera’s work from the 1970s. Following this is a special presentation of Herrera’s influential and rarely exhibited Days of the Week series – seven paintings that evoke the distinctive character of each day – that will inaugurate Lisson Gallery’s new permanent Los Angeles gallery. 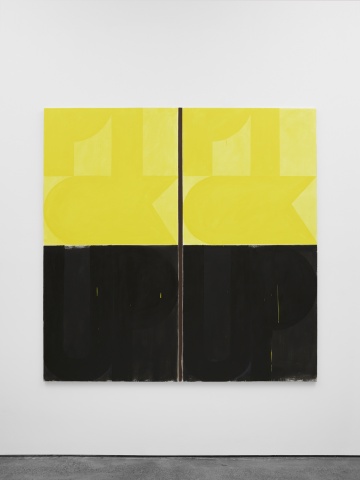 May 4, 2022 - June 11, 2022
Bernard Piffaretti returns to New York for his fourth solo exhibition with Lisson Gallery, debuting a new body of work along with a revisitation of paintings from his past. The act of looking back is central to Piffaretti's method, whether it is immediately, as is the case with his mirrored, two-canvas foundations, or historically, with references to past artists and to his own previous bodies of work. Including sometimes subtle and sometimes overt references to motifs found in the paintings of French Modernism and 20th Century American Art, Pick Up presents a recurring situation that instructs the viewer to look for a second time. 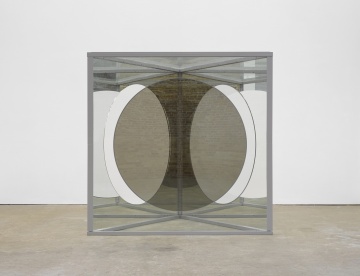 January 13, 2022 - February 12, 2022
Lisson Gallery is pleased to present a group exhibition that will explore the artistic use of pavilions in a variety of different forms, some physically realized and others conceived only as ideas or sketches. The pavilions might be spaces of interaction for the viewer and with the surrounding environment, for instance Dan Graham's Triangular solid with circular cut-outs – variation S (2017), which uses the familiar two-way mirrored glass of the skyscraper for an intimate, gazebo-like structure; imagined and poetic spaces that pay homage; or even environments created for the display and presentation of other artworks. 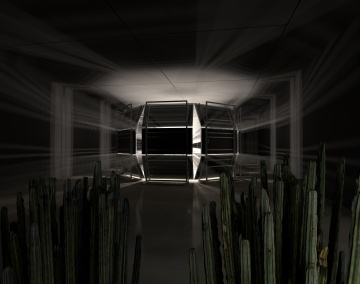 Haroon Mirza: For A Dyson Sphere

January 13, 2022 - February 12, 2022
Haroon Mirza is known for creating self-powering and autonomous works of art, employing electrical signals, sound, photovoltaic panels and complex circuitry or systems of exchange that result in dynamic, audio-visual events. For his latest project, For A Dyson Sphere, Mirza gives form to the notion that humans might one day be able to encompass a star with a swarm of electric panels in order to exploit and gather its enormous reserves of solar power. The London-based artist’s second solo exhibition in New York features a proposal to surround our sun with an orbital, energy-capture device that first appeared in a little-known British science fiction novel by Olaf Stapledon in 1937, entitled Starmaker. The proposition was popularized and given its name by English-American physicist Freeman Dyson in 1960. Haroon Mirza’s earthbound version of this hypothetical megastructure inhabits Lisson Gallery New York, centred on a blindingly brilliant tungsten light, encased within a carapace of photovoltaic panels. With each rotation of the bright bulbs, Mirza is giving light to this new technological dawn and through a series of cables the wattage produced flows around the space, powering a symphonic ecosystem created by the artist. 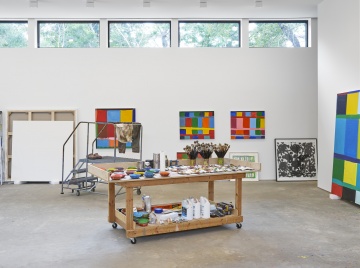 November 2, 2021 - October 18, 2021
Lisson Gallery is pleased to present TwentyTwenty, an exhibition of new paintings by Stanley Whitney created over the past year. Color continues to galvanize Whitney’s compositions, each block of pigment dictated by its relationship to the one before it. The artist’s ninth solo exhibition with the gallery advances his exploration of color, and features a return to a horizontal format with dimensions new to Whitney’s enduring body of work. 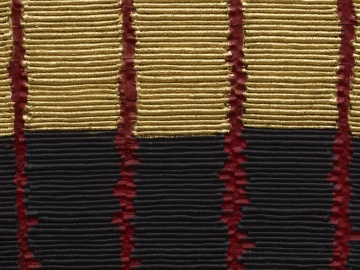 November 2, 2021 - December 18, 2021
Best known as a textile artist, this exhibition positions Olga de Amaral as a vital force in sculpture, installation art and indeed in painting, albeit using her foundational materials of fiber, thread, wool, gesso and metallic leaf. Amaral’s inaugural show at Lisson Gallery New York coincides with her first major retrospective in North America, ‘To Weave a Rock,’ which is on view at the Cranbrook Art Museum, Michigan (October 30 – February 13, 2022) after its debut at the Museum of Fine Arts, Houston. 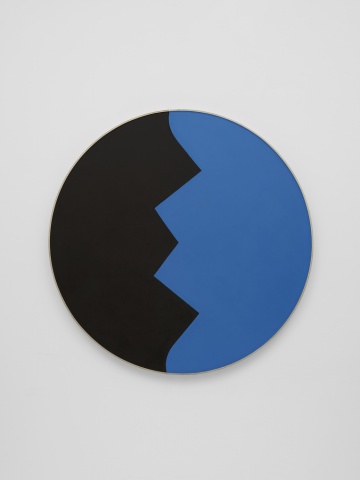 September 9, 2021 - August 16, 2021
Lisson Gallery is pleased to present Leon Polk Smith: Prairie Moon, an exhibition of works by Leon Polk Smith, organized by the curator, writer, and art historian, Lynn Zelevansky, opening September 9. While recognized as a forerunner of American hard-edge painting, whose innovative abstractions of the 1950s were highly influential, the Oklahoma-born Smith often went unappreciated during his lifetime. This exhibition, featuring works spanning nearly fifty years of his mature career, from his struggle with the legacy of Mondrian to his impact on the language of abstraction and his acknowledgment, later in life, of the influence on his art of the rural prairies of Oklahoma, where he grew up, and the importance of his Cherokee heritage. 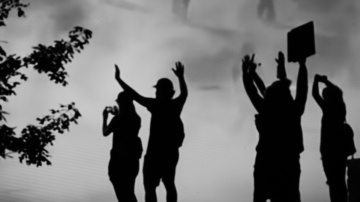 September 9, 2021 - October 16, 2021
Since March 2020, the London-based artist and filmmaker John Akomfrah has been working on the longest continuous-running project of his career. Living through one of the most turbulent, monumental periods in history, Akomfrah has turned his attention to the creation of a filmic archive of today, made in real-time, documenting how individuals and communities have been coping with the pandemic, the radical mobilization seen on the streets and the disruption of cycles of racism, and the increasingly urgent crisis of climate change. Culminating in a new three-screen video installation, this body of work is a deep exploration into our understanding of the personal within a collective consciousness of emergency, portraiture, mortality, revenge, mourning and memory. 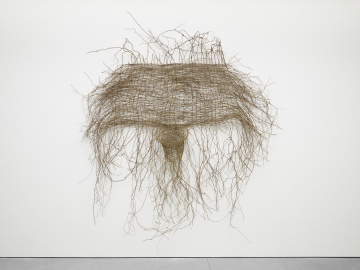 June 30, 2021 - August 13, 2021
Lisson Gallery is pleased to present a new body of work by Hugh Hayden that examines the American experience via agency, appearance, athletics and religion. In his second New York exhibition with the gallery, Hayden interweaves symbols of the institutions that play key roles in an American upbringing with equally ever-present fairy tales to produce a new series of sculptures in wicker, vine, and ebony. 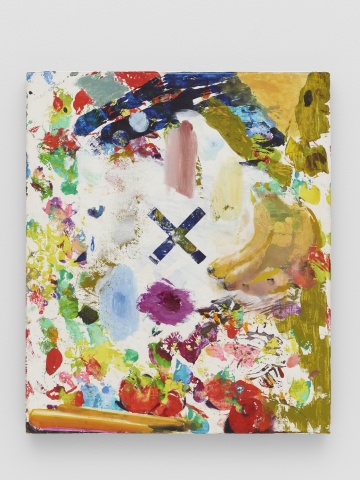 June 30, 2021 - August 13, 2021
Lisson Gallery is pleased to present its first exhibition with Van Hanos. The exhibition, comprised of all new paintings created in 2021, will also be the Marfa-based artist's first solo show in New York. Defined only by its forsaking of serial style or technique, Hanos's work ranges from playful, enigmatic compositions to dense, photographic paintings and psychologically gripping environments, representing the artist's mastery of his medium.