Leon Tovar is a New York-based gallery that promotes and showcases the finest examples of Latin American Modernism. In 1990, Mr. Tovar opened his first location in Bogotá, Colombia, with a presentation of work by Sol LeWitt and Bernar Venet, followed by exhibitions on Josef Albers, Carlos Rojas, Luis Camnitzer, Dennis Oppenheim, and Eduardo Ramírez Villamizar. In 2002, Mr. Tovar moved his operation to New York City’s Upper East Side, where he was among the first galleries to exhibit the geometric, kinetic, optical, and constructivist tendencies practiced by Latin America’s vanguard artists. His expertise in the field was informed by his personal relationships with many artists, among them Carlos Cruz-Diez, Jesús Rafael Soto, Carlos Rojas, Edgar Negret, and Eduardo Ramírez Villamizar, as he endeavored to increase the visibility of art from Latin America and its place within a global discussion of modernism.
After twenty-five years of programming, Mr. Tovar opened his second location in New York’s NoMAD neighborhood in 2015, which hosted numerous group and solo exhibitions, featuring the artists Edgar Negret, Jesús Rafael Soto, Fanny Sanín, Carmelo Arden Quin, and Agustín Fernández. In addition to maintaining regular exhibition programming including tours and panels, the Gallery is a consistent presence in major international art fairs in the U.S., South America, and Europe. The Gallery’s endeavors at these and other events have been covered in El Pais, The New York Times, Hyperallergic, Ocula, The Wall Street Journal Magazine, Forbes, The Art Newspaper, and Modern Magazine. In the spring of 2019, Leon Tovar Gallery moved its second location to the Upper East Side at 2 East 75th Street.
Concurrent with his role as Gallery Director, Mr. Tovar has provided consultation to museums, auction houses, collectors, curators, appraisers, and artists, and has served on selections committees for the ARTBO and ARCO Madrid art fairs. His published articles appear in such publications as Summus and Revista Credencial, and he was a featured panelist in Latin American Art Now (2017), Art, Nationality, and Global Modernism (2018), and Where is Latin American Art? Center Stage (2019), all of which were hosted by TEFAF New York.
Artists Represented:
The Estate of Carmelo Arden Quin
The Estate of Marcelo Bonevardi
The Estate of Martín Blaszko
The Estate of Agustín Fernández
Fanny Sanín
Works Available By:
Carmelo Arden Quin
Marcelo Bonevardi
Martín Blaszko
Tarsila do Amaral
Agustín Fernández
Edgar Negret
Eduardo Ramírez Villamizar
Fanny Sanín
Feliza Bursztyn
Sergio Camargo
Santiago Cárdenas
Carlos Cruz- Diez
Marisol Escobar
Manuel Espinosa
Gonzalo Fonseca
Gego
Mathias Goeritz
Gyula Kosice
Wifredo Lam
Roberto Matta
Julio Le Parc
Cesar Paternosto
Omar Rayo
Jesús Rafael Soto
Alejandro Otero
Alejandro Puente
Carlos Rojas
Mira Schendel
Francisco Salazar
Luis Tomasello
Victor Vasarely 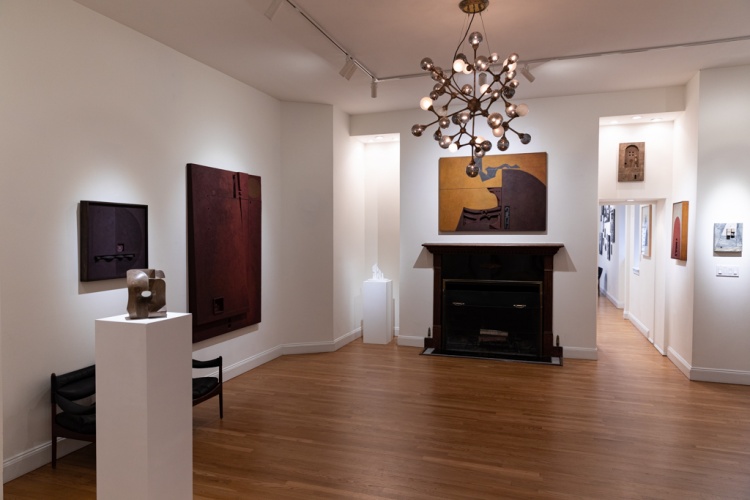 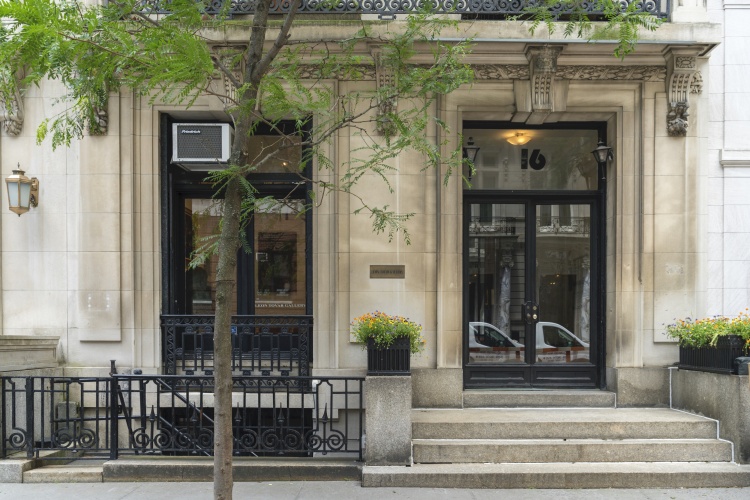 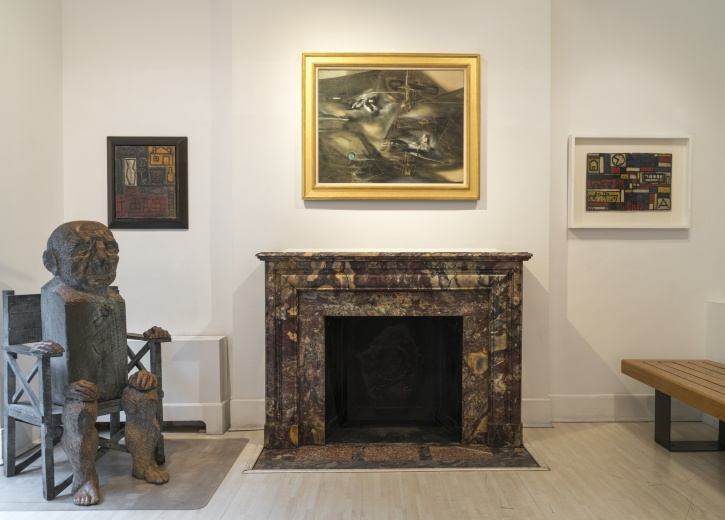 Invisible: A Tale of Ethereal Lines

May 5, 2022 - July 9, 2022
Leon Tovar gallery is pleased to announce is latest show “Invisible: A tale of ethereal lines,” highlighting the work of Jesús Rafael Soto. In Paris, Soto questioned the tradition of geometric abstraction inherited from Piet Mondrian on the grounds that it did not break sufficiently with representation. In order to move “beyond Mondrian,” he brought painting into the realm of lived space and time by working in layers, at first by painting on and combining transparencies, then later working with wire, wood, and other materials placed in front of an alternating linear background. As viewers move in front of these patterned layers, they experience electrifying optical sensations, as foreground and background moves in a pulsing interplay. Unlike traditional painting, there are a multiplicity of vantage points for these works, and they exist in a state of constant change relative to the viewer’s position. Aesthetic creation becomes the work of the spectator, and no longer of an individual artist. In the late ’50s and early ’60s, Soto became close with members of Nouveau Réalism, particularly Yves Klein, as well as Group Zero. Intrigued by Klein’s desire to incorporate elements of daily life into his artistic production, Soto’s art from this period utilizes objects of a durable and rough materiality—wood, “twisted wires, rough stucco, fabric.” His mission, however, is precisely to overcome this materiality, to render the objects as immaterial through the power of optical effects. Soto described his endeavors as “taking the most insignificant but strongly formal objects—old wood, wire, needles, gratings, pipes—to integrate them into the work and bring them to a state of disintegration through pure vibration.” Thus, Soto was able to present the constant movement and flux of our universe, the essential energy of it. The artist explains his conception of the universe as follows: “...I have never sought to show reality caught at one precise moment, but, on the contrary, to reveal universal change, of which temporality and infinitude are the constituent values. The universe, I believe, is uncertain and unsettled. The same must be true of my work.” The show touches upon Soto’s own experiments with vibrations produced by this simple sequencing of black and white parallel lines to also prioritize the present moment of perception, but in doing so powerfully illustrate the constantly shifting nature of our universe and of matter itself.