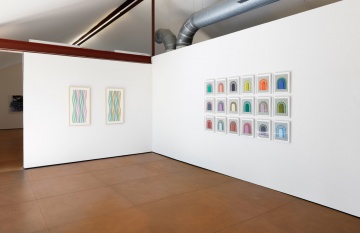 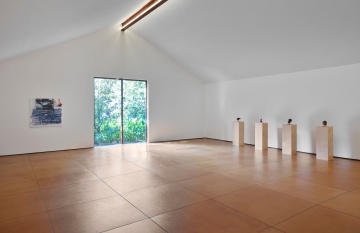 Peeps, Glimpses, and Window-Framed Opportunities: A Collection of Fragments 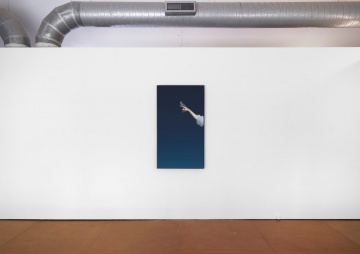 A Bird And A Fox 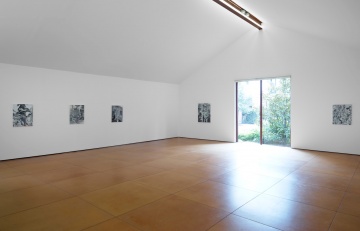 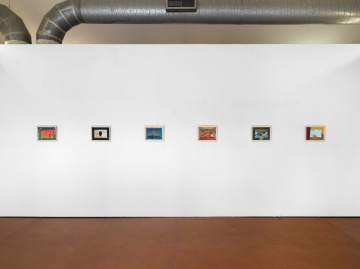 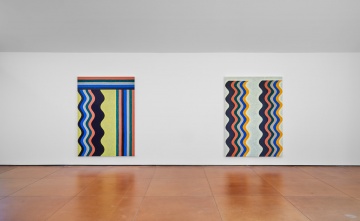 Paintings Thinking About a Pot 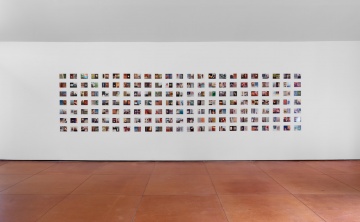 September 18, 2021 - November 6, 2021
Matt Magee: Animal Vegetable Mineral / Photo Composites (1980-2005) is a survey of a body of photographic works that spans nearly three decades. Beginning in 1980, Magee began shooting 35mm film with a Rollei camera, and abutted commercially developed 3 1/2 x 5 inch color prints together in pairs on slightly larger substrates. By seamlessly combining two images in each work, Magee poetically synthesized a new whole. The subjects of Magee’s images are quite varied, but have several consistent points of connectivity that are bookended by everyday observations and constructed or performed scenarios. These include the likenesses of friends, lovers, and family, scenes from travel, as well as objects from nature and culture. The physicality of these printed objects situates them firmly in a pre-digital era, before the ubiquity of digital cameras and the decline of commercial photo labs in the 2000s. This body of nearly one thousand works functions both as a personal archive and as a visual framework that encapsulates Magee’s foundational approach to image making, which is evident in his wide ranging practice that includes painting, sculpture, and printmaking. 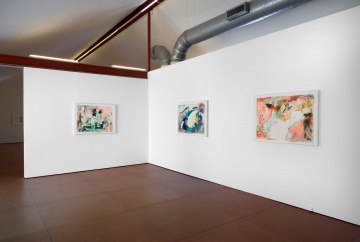 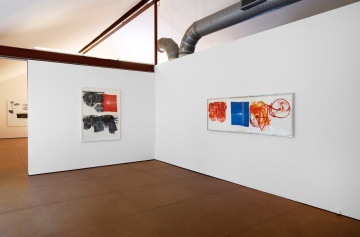 November 18, 2020 - December 23, 2020
Robert Rauschenberg The Fifth Veil is an exhibition that focuses on three lithographs that the artist made at Universal Limited Art Editions on Long Island in 1974-75: Treaty (1974), Kitty Hawk (1974), and Kill Devil Hill (1975). In the sequence of Rauschenberg’s print output, these works immediately follow a series of four lithographs titled Veils 1-4 (1974) that each depict an isolated image of a neckerchief that belonged to ULAE’s founder, Tatyana Grosman. The image of a fifth Veil was recorded in the same proofing session, and though it was not published as an individual print, the image would appear in the three aforementioned lithographs among an array of layered images. Many of the images that appear alongside the Veil are Rauschenberg’s own photographs that were taken in and around the print studio including paper bags, cheesecloth, a child’s shirt, and a fire exit sign. One particularly notable image of a mangled bicycle appears in both Kitty Hawk and Kill Devil Hill, which may be recognizable to some viewers as a tribute to the Wright Brothers, whose bicycle business in Dayton, Ohio, largely funded their early experiments in modern aviation. The assembly of these three works offers a rare opportunity to delve into Rauschenberg and ULAE’s experimental approach to printmaking on a large scale. 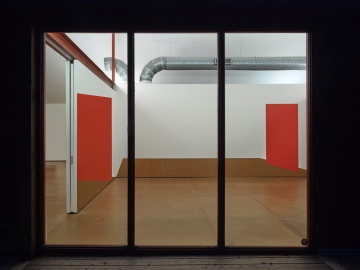 May 26, 2020 - July 31, 2020
A site-specific wall painting by New York-based artist Kate Shepherd, on view through the front windows of the gallery 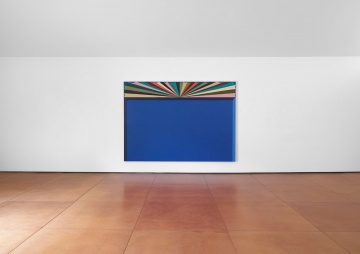 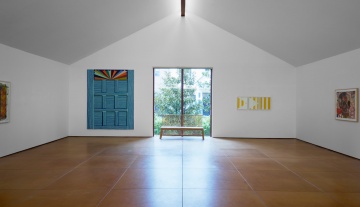 The Blurred Discreteness of Colors

Voyeur of the Mundane

Parking Only for Gay Conversion Therapy