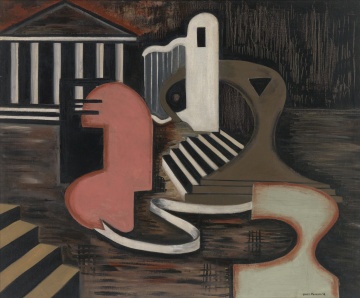 Learn more about Irene Rice Pereira and an important painting by her available at the gallery, Monument I (Washington), 1938. Contact the gallery to make an appointment to see the work. A significant figure in early American abstraction, Pereira was the first woman to receive a major retrospective at the Whitney Museum of American Art in 1953, shared with artist Loren MacIver. Her work synthesizing Dadaism, Surrealism and the Bauhaus impacted the evolution of modern art and paved the way for the female abstract expressionists of the mid 20th century. 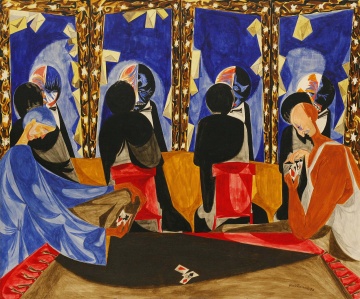 American Entertainment in the Mid-20th Century

This online exhibition features an original video on Jacob Lawrence's masterwork "Makeup" painted in 1952 as well as an interview with Yale School of Drama's Alan Edwards. 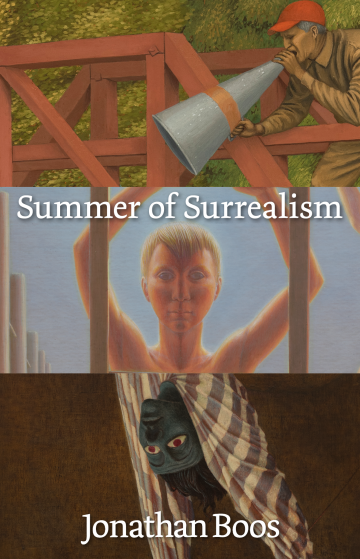 Featuring a trio of 20th century American artists - George Tooker, Alton Pickens and Henry Koerner - the exhibition examines how these figures embraced Realist techniques to analyze contemporary times, as well as the complexities of the human emotion. Important works by these artists are available for sale. 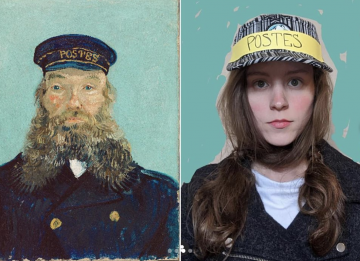 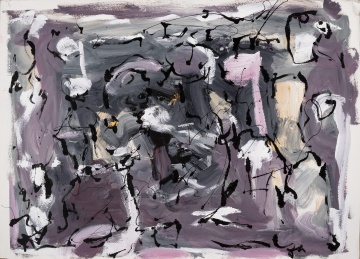 September 20, 2022 - October 22, 2022
Born in Chicago in 1944, Claude Lawrence came of age during the Second Great Migration, a period when many working class Black people moved from the South into many northern cities, including Chicago. The city soon became a hotbed for art and music, with jazz emerging as a dominant art form. Growing up on Chicago’s South Side, Lawrence discovered an early passion for jazz music. By 1968, he had moved to New York City and was playing local clubs and beyond, and began touring the United States with his fellow jazz artists. Through his connection to the Downtown Loft Jazz scene, Lawrence became familiar with notable artists and musicians including Ornette Colman, Frank Bowling, Edvins Strautmanis and formed longtime friendships with Jack Whitten and Joe Overstreet. As he navigated the overlapping artistic circles of New York, Lawrence eventually turned his attention to painting full-time in 1987. Lawrence, an artist without formal training, credits his practice to constant experimentation and exposure to the larger art world through visiting museums and galleries. Drawing from decades of experience as a jazz musician, Lawrence applies a similar improvisational technique to his paintings. With many of his compositions created with an all-over style reminiscent of Jackson Pollock's early surrealist-inflected paintings, Lawrence's style is abstract, gestural, experimental and bold. 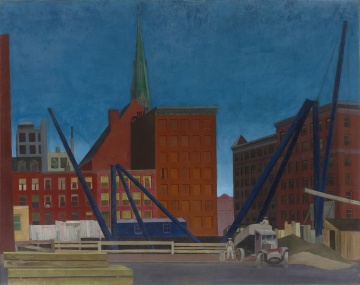 January 19, 2021 - February 26, 2021
This exhibition explores the provenance of six unique paintings, describing how they travelled the continent as a part of some of the most significant collections of American art.