Located on the Lower East Side of Manhattan since 2007, James Fuentes has championed a gallery program that is led first by exceptional contemporary artists who are atypical from the conventions of their field. The gallery has become known for its focus on humanity, history, and society with a non-exclusionary approach, positioning itself as a leader in the field as our contemporary institutions seek to do the same. 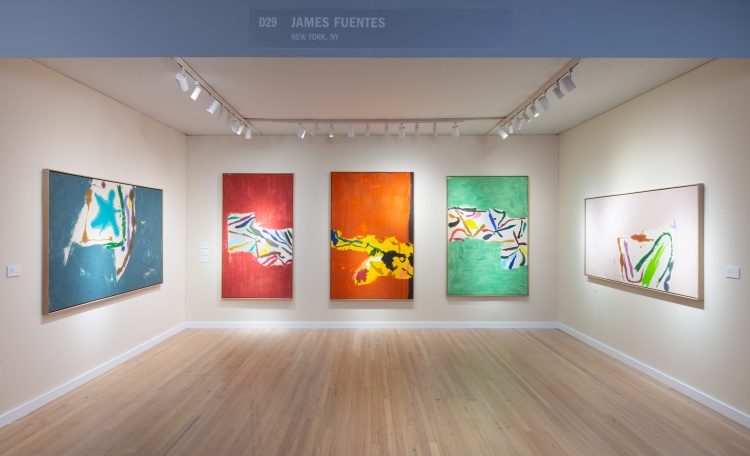 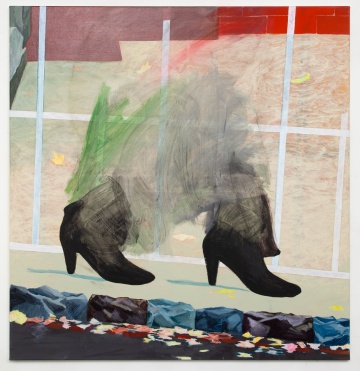 Juanita McNeely: I see the change

Jorge de León: The Black Sheep and Other Fables

Jamaal Peterman: Tales from the Hood

The Artist and The Self 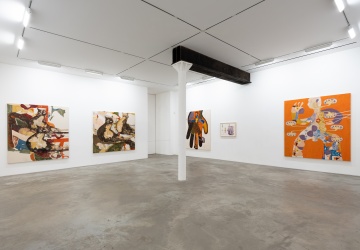 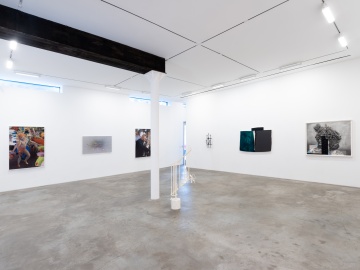 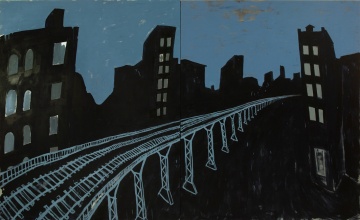 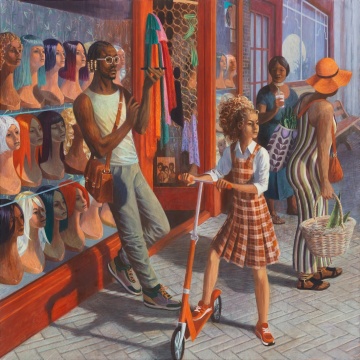 January 18, 2022 - February 17, 2022
Over the past decade, Benjamin Senior has developed a classicizing and disquieting painted vision of everyday life. Emerging from his earlier depictions of highly formalized figures engaged in regimented exercise, his most recent works contain flaneur-like fragments of urban life. Across this visual vocabulary, the subject provides a visual springboard for an obsessive game of composition and construction. Set in the artist’s local boroughs of South London, Boundary Lane presents a new body of paintings made using egg tempera, a technique analogous with ancient frescoes and panel paintings. Senior finds the same supremely choreographed yet frozen qualities of those earlier images, conveying dynamism using pictorial structure rather than expressionistic gesture—rendering their scenes with an otherworldly beauty. Herein, rhythm, pattern, and texture activate the works’ surfaces, aiming for stillness on the verge of movement; structure with the potential for collapse. These could be glanced moments, but each are precisely determined. A girl on a scooter has paused, one foot is on the ground, the other on the scooter ready for movement—and indeed, she can be found again in another scene. In Sweeper, action is more literally suspended as leaves crowd together in mid-air, in the process of tumbling down and being swept back upward. Across his image, Senior’s preoccupation with simulacra becomes reflexive to the work itself, nodding at painting’s own status as a simulacrum, as well as its promise to bring life to matter. A repetition of artificial heads juxtaposes against real heads in Hair Shop and North End; in Fishmongers, fish laid out on ice follow an arc that evokes live leaping salmon, while the rhythms of real fish and pictorial fish crossover inside the image. Figures lose their individual integrity as they are visually fragmented or interrupted to become part of the rhythm of the painting on the whole. In Mangoes, two figures initially appear as one, receding then advancing into one another, connecting through flourishes of lace. Senior’s playfulness with figure-ground relationships is again pronounced in Bullmastiff, as two young men stand on the threshold of light and dark so that their own bodies divide into advancing and receding blocks. This sense of the threshold, of finding ourselves in an ambient interlude, lies at the center of Senior’s visual language. In this regard, the exhibition’s title—Boundary Lane—refers not only to the locale in question but moreover to the location that is this affective pause. And while the narratives found in his works are undoubtedly situated in the here and now, the formalism of their treatment renders their subjects uncanny and unknowable, as if visualizing Plato’s ideal realm of Forms. All this serves to make the image less straight-forward to look at, delighting in the seen world while hinting at the instabilities within any quotidian scene. Benjamin Senior (b. 1982, Southampton, UK; lives and works in London) received an MA from the Royal College of Art, London and BA from the Wimbeldon School of Art. He has presented solo exhibition at James Fuentes, New York; BolteLang, Zurich; Monica de Cardenas, Milan; and Studio Voltaire, London. His work has been included in group exhibitions at venues including South Bank Centre, London; Leeds City Art Gallery, UK; Carl Freedman Gallery, Margate, UK; and FLAG Art Foundation, New York, among others. For further inquiries, please contact James Fuentes at james@jamesfuentes.com or Katrin Lewinsky at kl@jamesfuentes.com. 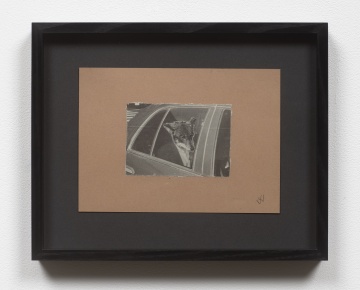 In the Air Tonight

The Mark Series: The Speaker…Off The Rack

All That Is Solid Melts Into Air