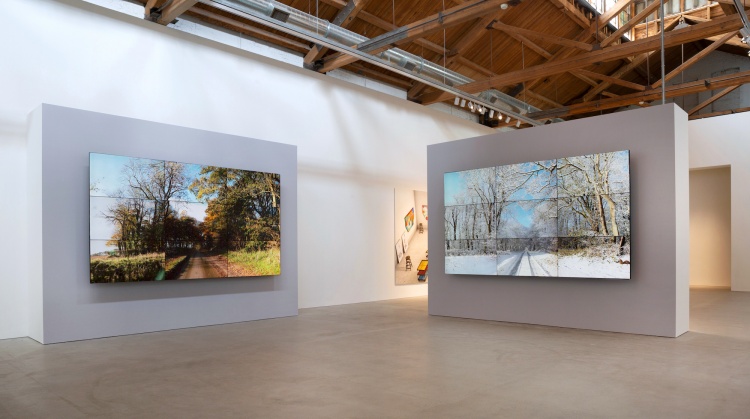 January 26, 2023 - March 11, 2023
On the occasion of the landmark anniversary, GRAY is pleased to announce GRAY at 60: On Paper. The exhibition and accompanying book draw together dozens of historical and contemporary artists whose impactful works have been represented and exhibited since the gallery’s founding in 1963 by Richard Gray (1928–2018). Opening in January 2023 in Chicago and traveling to New York in March, GRAY at 60 will express both the legacy and the future of one of the leading galleries in the United States.
Upcoming Exhibition

March 31, 2023 - May 26, 2023
GRAY is pleased to announce GRAY at 60, an exhibition and accompanying book commemorating six decades since the gallery’s founding in 1963 by Richard Gray (1928-2018). Featuring works by sixty historical and living artists whose practices have been integral to the gallery’s vision, GRAY at 60 presents the legacy and future of one of the United States’s longest running galleries. The exhibition opens at GRAY Chicago on January 26, 2023 and remains on view through March 11, and will be on view at GRAY New York from March 31 through May 26.
Past Exhibitions

November 17, 2022 - December 23, 2022
Curated by Romi Crawford, a cultural theorist and professor of visual and critical studies at the School of the Art Institute of Chicago, Citing Black Geographies parses dichotomous and elusive notions of black space. 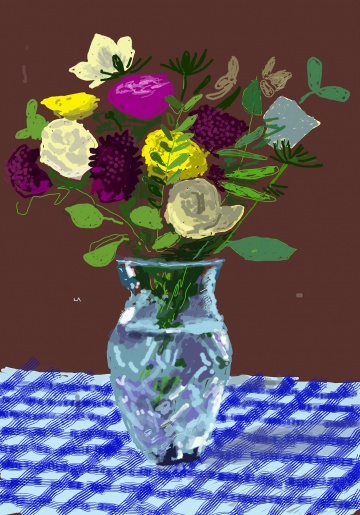 20 Flowers and Some Bigger Pictures

November 4, 2022 - December 23, 2022
20 Flowers and Some Bigger Pictures presents works created by Hockney in 2021, expanding on a series of iPad paintings in 2020 while quarantining at his studio and residence in Normandy, France. Inspired by his daily observations, Hockney devoted himself to the iPad, a medium of unique immediacy that allowed him to be prolific in his depictions of his home, the changing seasons, and surrounding countryside. 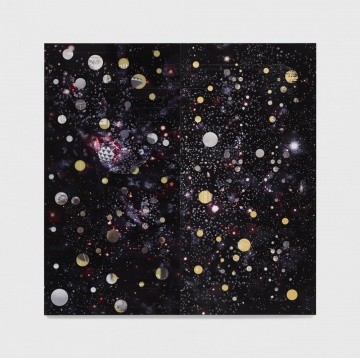 September 9, 2022 - October 27, 2022
Curated by Romi Crawford, a cultural theorist and professor of visual and critical studies at the School of the Art Institute of Chicago, Citing Black Geographies parses dichotomous and elusive notions of black space. 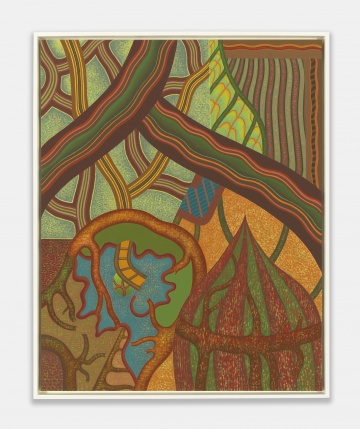 April 8, 2022 - June 18, 2022
“[For] fifteen years, I have intently watched [the] daily life of plants and animals in both the forests and the fields… Bits and pieces of specially observed things begin to represent the whole, and juxtapositions of real things make imaginary combinations. Combinations are open and ambiguous to interpretation, so that the viewer may wander in the same state of grace as the painter.” – Evelyn Statsinger GRAY presents the work of American artist Evelyn Statsinger (1927-2016) in the solo exhibition, Currents. Curated by New York-based writer and curator Dan Nadel, Currents features Statsinger’s paintings and drawings from the 1980s and 90s, a period in which she developed her most immersive and otherworldly compositions. The exhibition opens at GRAY New York with a public reception on Friday, April 8, from 6-8 PM, and will be on view through June 18, 2022. Evelyn Statsinger was an artist deeply informed by her impressions of the natural world. Born in Brooklyn in 1927, Statsinger relocated to Chicago in the 1940s to attend the School of the Art Institute. During this time, Statsinger became acquainted with a group of artists known as the Monster Roster and received mentorship and support from notable Chicago figures including Katherine Kuh, Kathleen Blackshear, and Ludwig Mies van der Rohe. In the years that followed, Statsinger began to develop her own unique visual language, relinquishing identifiable forms in favor of surreal compositions based on her observations in nature. In 1972, Statsinger moved her Chicago studio to a rural 1890s schoolhouse in Allegan, Michigan. The remote property, nestled within the sand dunes and woodlands on the eastern shores of Lake Michigan, served as the artist’s home base and allowed Statsinger to closely observe nature in all its orders of magnitude. “When Statsinger would return to downtown Chicago, she imported the outdoors to the city by bringing with her those specially observed bits of matter,” curator Dan Nadel reflects in his essay for the exhibition. “She collected seed pods, shells, twigs, leaves, and stones, which she arranged carefully in her studio. She could go macro or micro with these specimens—making them a subject or finding new details within them.” At times mysterious, and eluding definitive classification, Statsinger’s intricate compositions describe vast, ethereal worlds that evoke the biological systems and cellular structures of plants as if viewed under a microscope. As art historian Dennis Adrian observed, “The forms which the artist favors often seem drawn from microscopic plant life, the exotic fauna of the sea or from the layered and crystalline structures of the earth itself. Statsinger’s subtle and reverberating colors make ingenious use of unexpected complements and harmonic arrangements in a way that brings to mind the marvelous chromatics of odd biological specimens or rare minerals.” 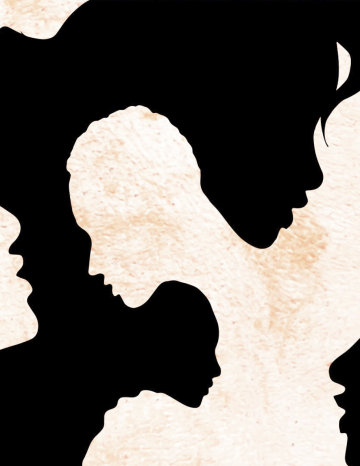 What To Send Up When It Goes Down

Susan Rothenberg: On Both Sides of My Line

October 29, 2021 - December 10, 2021
Gray is pleased to present On Both Sides of My Line, a solo exhibition celebrating the life and work of renowned American painter Susan Rothenberg (1945 – 2020) through key examples of her most iconic series: the profile horse paintings. 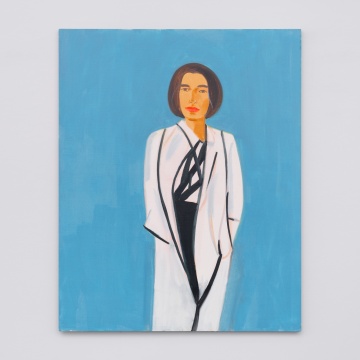 October 22, 2021 - December 17, 2021
One of the most influential American artists of the last half-century and a leading figure of contemporary figurative painting, Alex Katz presents a new series of eleven large-scale portraits in a focused solo exhibition titled The White Coat. Created between 2020 and 2021, Katz’s White Coat portraits are based on the likeness of Vivien Bittencourt, a photographer and filmmaker, and the artist’s daughter-in-law. Across these eleven portraits, Katz paints Vivien in a variety of dynamic compositions unified by a brilliant light blue ground color. With a discerning eye for form, color, and economy of line, Katz upholds the immediacy of portraiture while balancing the specific and abstract; intimate and remote; geometric and gestural.

Susan Rothenberg: On Both Sides of My Line

September 10, 2021 - October 9, 2021
Gray is pleased to present On Both Sides of My Line, a solo exhibition celebrating the life and work of renowned American painter Susan Rothenberg (1945 – 2020) through key examples of her most iconic series: the profile horse paintings. 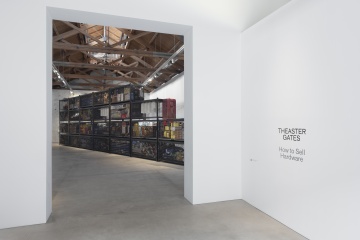 How to Sell Hardware

May 28, 2021 - July 31, 2021
How to Sell Hardware tells the story of Theaster Gates’s ongoing engagement with a family-owned True Value hardware store formerly located on Chicago’s South Side. Once a lively central space for local commerce, the True Value store shared in the growth and prosperity of a thriving community during the 1970s and 80s before similarly mirroring the neighborhood’s downturns as business slowed in the 1990s. Gates, whose practice is deeply invested in the material preservation of neglected social and cultural histories, acquired the store and all of its merchandise in 2014 and has continued to engage with it ever since. Just as the artist has reactivated other visual archives—including those of the magazines Jet and Ebony, acquired from the Johnson Publishing Company, and the glass lantern slide collection from the University of Chicago’s Department of Art History—Gates immerses himself in the tangible history of the hardware store. Through Gates’s material and conceptual interpositions, How to Sell Hardware memorializes the history of a changing urban landscape. 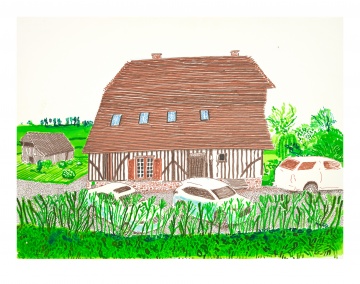 February 22, 2021 - March 19, 2021
Now live on Gray Viewing Rooms, Hockney in Normandy presents new prints by David Hockney created at his studio in Normandy. Rendering views of his studio's interior as well as scenes from the surrounding countryside, Hockney's recent iPad paintings and suite of landscape prints highlight the artist's singular sense of line and form and his longstanding commitment to exploring perspective as mediated by technology. Hockney in Normandy will open at Gray New York on February 22. 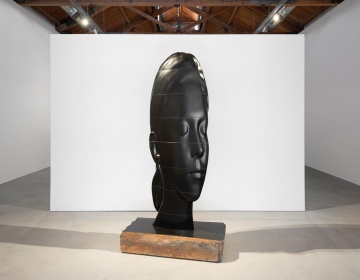 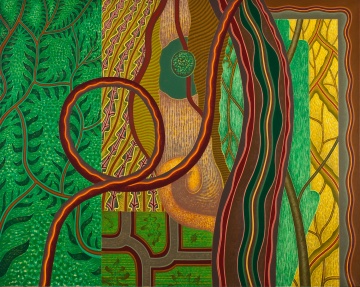 May 6, 2020 - June 6, 2020
Gray presents Forest Rhythms, a selection of Statsinger’s abstract paintings from the 1980’s and 90’s in which sinuous bands of vibrating color and texture translate the mysterious rhythms of the natural world. Throughout her life, Statsinger worked across a variety of media creating complex psychological and colorful compositions that balance abstraction, representation, and surrealism. Having received her degree from the School of the Art Institute in 1949, Statsinger was included in discussions of the Monster Roster school and Chicago Imagism. Throughout her life, however, Statsinger's work emerged as profoundly individual and fiercely independent.

Every Square Needs a Circle

Time and More, Space and More...