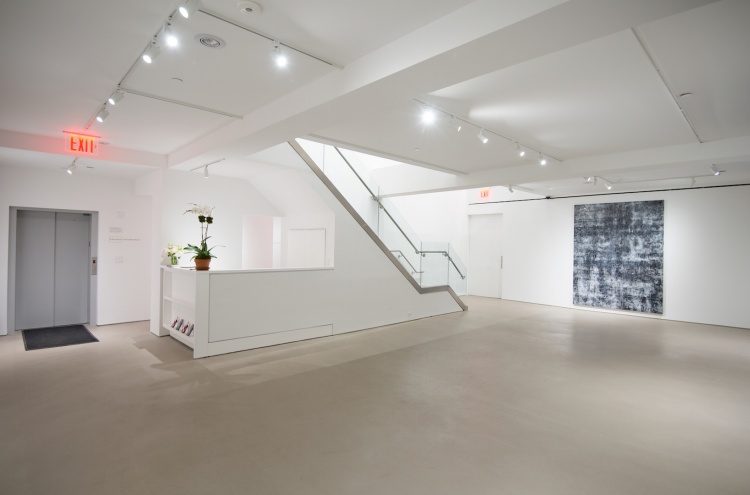 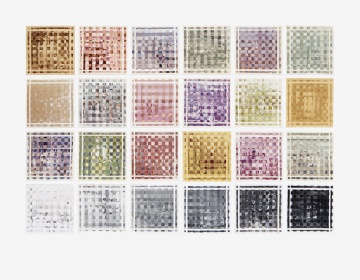 September 17, 2020 - November 21, 2020
Davidson Gallery is pleased to present Processing, an exhibition of new works by Joe Rudko. Rudko’s photographic sensibilities extend past his training in the medium into the realms of sculpture, collage, and painting. The title of the exhibition is an obvious nod to the procedure of creating traditional photography, but has a manifold meaning - virtually all of the works in the show were created in 2020, a year of social and economic upheaval, and a worldwide pandemic. As such, Processing also refers to the ways and means by which human beings navigate and contend with our current situation, and current events. It is also a term that addresses how we, as viewers, perceive art and digest what we see. This is especially true with Rudko’s work - his disassembly and reassembly of vintage and found photographs reimagines what it means to capture and create images, much as photography in its earliest days upended how people perceived painting and other traditional representative art. Many of the works in the exhibition are made up of vintage photographic duplicates, repurposed, reconfigured, and reimagined to produce works that are not quite figurative nor abstract. In many cases, they clearly depict people or body parts, but have been rearranged to appear as if in mid-transformation, metamorphosing into a wholly discrete new form. Still others use the color or shape of the original photographs to construct some new, previously unforeseen shape, reconsidering (and at times subverting) the original photographer’s intent. For example, the work Square Knot creates counterposed gradients of colors intertwining in reference to the undeniable link between a collective past, the not-so-distant past, and the present moment. Joe Rudko is a graduate of Western Washington University and has shown in both solo and group exhibitions throughout the Northwest including PDX Contemporary Art (Portland, OR), Roq La Rue (Seattle, WA), LxWxH (Seattle, WA), Photo Center Northwest (Seattle, WA), Whatcom Museum of Art (Bellingham, WA), and Greg Kucera Gallery (Seattle, WA), as well as Von Lintel Gallery (Los Angeles, CA). He has been the recipient of the Future List Award and two Art Walk Awards from City Arts Magazine as well as the Vermont Studio Center Fellowship Award. His work was featured on the cover of indie rock band Death Cab for Cutie’s 2015 album Kintsugi and is included in the collections of the Museum of Fine Arts Houston, Portland Art Museum, Fidelity Investments, and the private collections of Dorothy Lemelson, James and Susan Winkler, and Driek Zirinsky. Rudko lives and works in Seattle, WA. This is his second solo exhibition with Davidson Gallery. 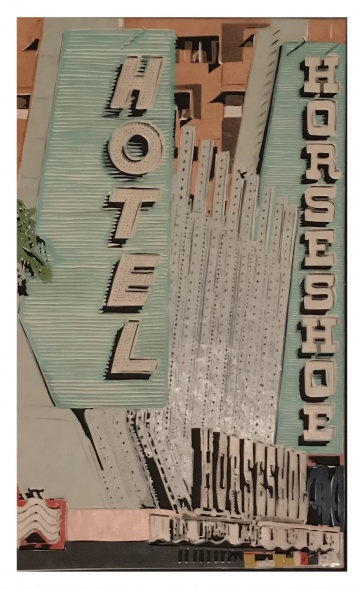 March 16, 2020 - May 2, 2020
As we all grapple with the reality of COVID-19,​ Davidson Gallery will be self-isolating like many of you; as such, we want to bring the best art to you. Follow us for #wfh art exhibitions updating on a daily basis, including new works, exclusive behind-the-scenes content, artists' studio visits, and interviews. 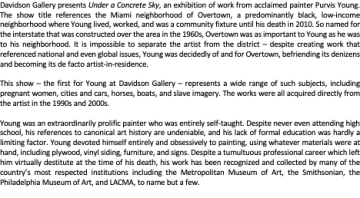 Under a Concrete Sky

February 6, 2020 - March 21, 2020
Davidson Gallery presents Under a Concrete Sky, an exhibition of work from acclaimed painter Purvis Young. The show title references the Miami neighborhood of Overtown, a predominantly black, low-income neighborhood where Young lived, worked, and was a community fixture until his death in 2010. So named for the interstate that was constructed over the area in the 1960s, Overtown was as important to Young as he was to his neighborhood. It is impossible to separate the artist from the district – despite creating work that referenced national and even global issues, Young was decidedly of and for Overtown, befriending its denizens and becoming its de facto artist-in-residence. This show – the first for Young at Davidson Gallery – represents a wide range of such subjects, including pregnant women, cities and cars, horses, boats, and slave imagery. The works were all acquired directly from the artist in the 1990s and 2000s. Young was an extraordinarily prolific painter who was entirely self-taught. Despite never even attending high school, his references to canonical art history are undeniable, and his lack of formal education was hardly a limiting factor. Young devoted himself entirely and obsessively to painting, using whatever materials were at hand, including plywood, vinyl siding, furniture, and signs. Despite a tumultuous professional career which left him virtually destitute at the time of his death, his work has been recognized and collected by many of the country’s most respected institutions including the Metropolitan Museum of Art, the Smithsonian, the Philadelphia Museum of Art, and LACMA, to name but a few.

If These Memories Were Mine

Who's Afraid of Red, White and Green