Founded in 1987 in Soho, David Nolan Gallery specializes in modern and contemporary works by an array of international artists working in a variety of media. The gallery’s original mission was to exhibit contemporary works on paper along with painting and sculptures by American and European artists, and to produce monographs together with tightly curated historical exhibitions. The first solo show at the gallery – an exhibition of early drawings by Sigmar Polke - was followed by presentations of now-canonical German artists, including Georg Baselitz, Martin Kippenberger, Dieter Roth, Gerhard Richter, Rosemarie Trockel and Albert Oehlen. In this same period, the gallery began showing works by major American artists including William Copley, Carroll Dunham, Fred Sandback, Al Taylor and Barry Le Va.

In 1993, the gallery had its first exhibition with Richard Artschwager, which was succeeded the following year with a show of work by Scottish artist Ian Hamilton Finlay. In the late 1990s, the gallery introduced two further key American artists to the program, Jim Nutt and Peter Saul. Further growth was marked by the addition of New York-based artists Mel Kendrick and Steve DiBenedetto in the mid-2000s, a time that the gallery also began working more closely with the George Grosz Estate.

In 2007, the gallery mounted an important survey of contemporary Romanian art, which included work by Adrian Ghenie and Gabriela Vanga, alongside Ciprian Mureşan and Şerban Savu, both of whom continue to work with the gallery. The following year saw the gallery’s expansion and relocation to Chelsea, a move that was inaugurated by a major Artschwager exhibition along with the addition of gallery artists Julia Fish, David Hartt, Jonathan Meese, Wardell Milan, and Jorinde Voigt in the coming decade.

In Spring 2020, the gallery announced its newest location on the Upper East Side in a historic townhouse built in 1902 by architectural firm Buchman and Fox, inaugurated with an exhibition of works on paper by Jorinde Voigt. 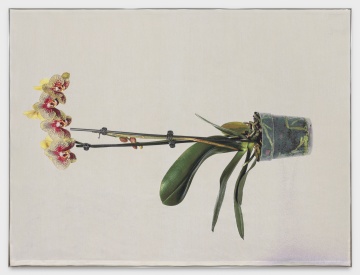 April 15, 2021 - May 29, 2021
David Nolan Gallery is pleased to present an exhibition of new and recent works by Mel Kendrick, David Hartt and Wardell Milan. The presentation augments and creates a dialogue between current and forthcoming institutional exhibitions by the artists: a career-spanning traveling survey of Mel Kendrick’s work is currently on view at the Addison Museum of American Art in Andover, MA; Hartt’s work is included in the landmark exhibition Reconstructions: Architecture and Blackness in America at the Museum of Modern Art, NY, and is the subject of a solo exhibition at the Glass House, New Canaan, CT; and Wardell Milan will be the subject of his first museum solo exhibition at the Bronx Museum, opening in June 2021. 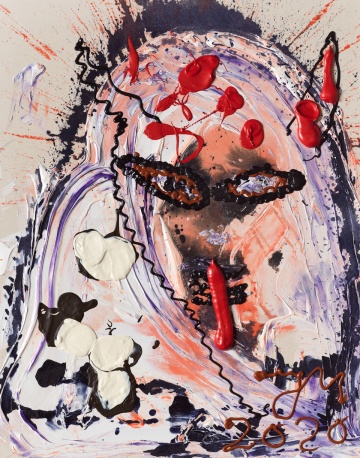 ACROSS THE UNIVERSE (DR. SPACE-ANIMALISM ,,E.A.G.L.E.": FLY LIKE AN EAGLE) 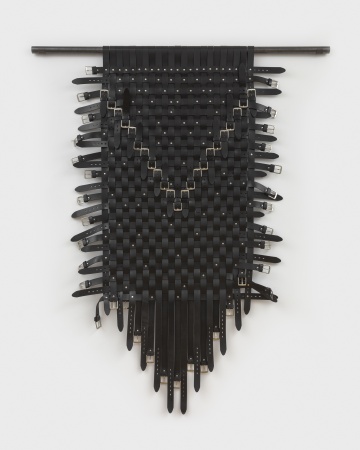 As Above, So Below

December 1, 2020 - January 31, 2021
David Nolan Gallery is pleased to present "As Above, So Below,” a group exhibition featuring Brígida Baltar, Monica Bonvicini, Chakaia Booker, Hana Miletić, and Gabriela Salazar. The exhibition gathers five international artists active across disparate media and disciplines, united in their unwavering commitment to materials and paradoxical potential for transformation and regeneration. 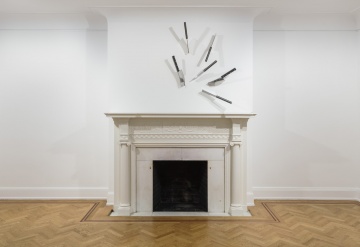 October 9, 2020 - November 20, 2020
Widely recognized as a leading figure of Postminimalism alongside peers Bruce Nauman, Dorothea Rockburne, Richard Serra, and Robert Smithson, among others, Barry Le Va’s influential and elusive practice emerged in the mid-to-late 1960’s in stark contrast to the monolithic, geometrically rigid, and stagnant sculpture of the time, instead championed transience and impermanence, and favored soft, humble materials, twisted and clustered, and deeply invested in physics, psychology, and architecture. Le Va’s sculptural works are generally the result of an active process of distributing, spilling, scattering, blowing, layering, dropping, and throwing. The distribution of materials allows them to unfold in situ, in sequence and in relation to other conditions, over time. Le Va’s dispersals ultimately push the notion of sculpture to its formal limits: "To eliminate sculpture as a finished, totally resolved object. To eliminate a sense of wholeness and concentrate on parts, fragments, incomplete activities and structures. To emphasize transitional stages of an activity or many activities with no foreseen end…I had to eliminate a contained mass – expand it, extend it…Real time, real space, real locations, real reasons.” 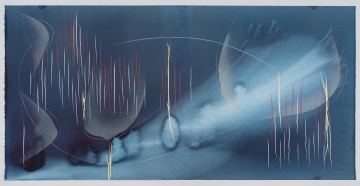 Jorinde Voigt: The State of Play 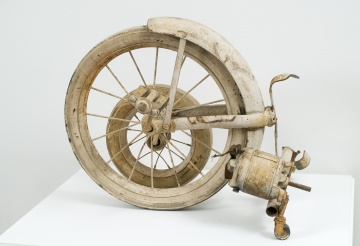 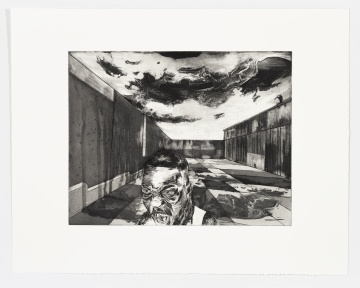 A Project by Wardell Milan: The Balcony 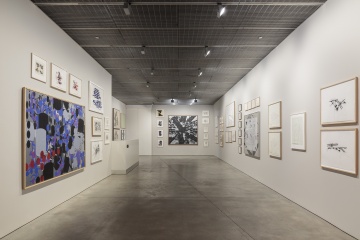 November 14, 2019 - February 1, 2020
David Nolan Gallery is pleased to present Barry Le Va: Part One. Drawings 1967-2017, a survey of works on paper spanning 50 years, on view through February 1, 2020. This is Le Va’s thirteenth solo exhibition at the gallery. Part Two: Sculpture will open in the spring of 2020. Barry Le Va (b. 1941, Long Beach, California) is regarded as one of the leading figures of Postminimalism and Process Art, and is recognized alongside peers Bruce Nauman, Dorothea Rockburne, Richard Serra, and Robert Smithson. Since the beginning of Le Va’s career in the 1960s he has consistently defied the traditional concept of sculpture as a contained stagnant form, instead championing chance and impermanence, and continuously responding to the environment around him. In Part One, we will present five decades of ceaseless innovation highlighting drawing as an equal half of Le Va’s artistic practice.

And What About Photography?

Self-Portraits and the American Southwest

"The garden became my study"