Since its founding in 1989, the Danziger Gallery has established itself as one of the leading photography venues in the world, known for the originality and diversity of its programming, its representation of established photographers, and the quality of its new discoveries.

The gallery was the first to show Susan Derges’ "camera-less" photographs; to put on multiple exhibitions shedding new light on the work of Cartier-Bresson and Robert Frank;  to introduce the acclaimed work of  artists such as Yuji Obata, Alice Mann, and Jim Krantz; and to represent such important photographers as Tod Papageorge, Susan Meiselas, Karen Knorr, and the estates of Evelyn Hofer, Seydou Keïta, and Paul Fusco.

In its over 30 year history the gallery has moved from Soho to Chelsea to Madison Avenue, but with the advent of Covid the gallery moved to a three room space overlooking Central Park (open by appointment) and started a regular exhibition program in a new 4,000 square foot space in Santa Monica.

In conjunction with original online exhibitions, the gallery now mounts major shows while also responding to new artists and the ongoing technological evolution of the medium and the business.  Encouraging original collaborations, our programming now pulls from the worlds of art, new media, and print to create an up to date vision of photography's place in the world. 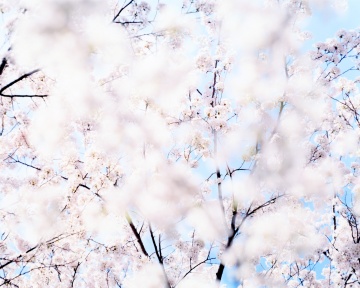 May 3, 2022 - June 24, 2022
Spring Group Exhibition featuring a mix of 20th and 21st century photography from our represented artists and private collection. On view from May 3rd to June 24th.

April 30, 2022 - June 24, 2022
Danziger Gallery is pleased to present a selection of Susan Derges’ work concerning the relationship between photography, water, and the environment. Perhaps best known for her photograms capturing the continuous movement of river water and plant life by immersing photographic paper directly into rivers at night and flashing the paper with a strobe light, Derges has taken photography’s earliest origins into the realms of contemporary art. For over four decades she has consistently found new ways to express her personal preoccupations with both nature and photography in a constantly evolving body of compelling, diverse imagery. This show marks the first American presentation of Derges’ “Restored” River Taw photographs along with three other series which evolved from the original 1997 River Taw work - Eden (2005), Star Field (2008), and Bridge (2013). In each of these series Derges is increasingly involved in the making and composition of the final image taking the insights from the earliest work into and out of the studio.