Founded in 1962, Carl Solway Gallery currently celebrates its 58th year in operation. The gallery was elected to the Art Dealers Association of America (ADAA) in 1968 and more recently joined the International Fine Print Dealers Association (IFPDA). Carl Solway Gallery is the only member of the ADAA in the Tri-State region of Ohio, Kentucky and Indiana. The gallery occupies the 2nd floor of a historic warehouse in Cincinnati's West End neighborhood. 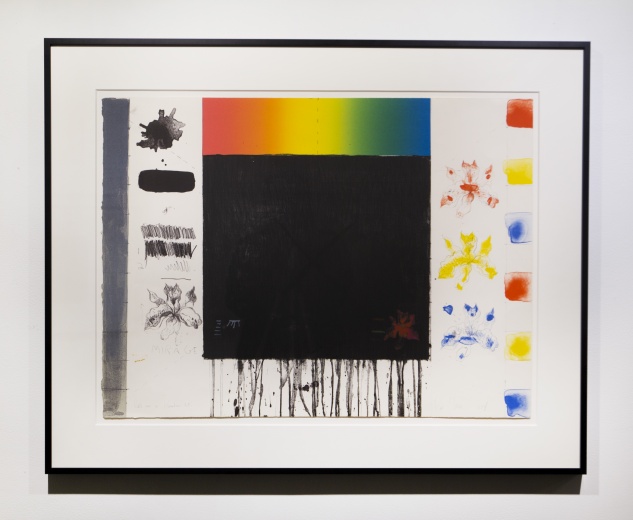 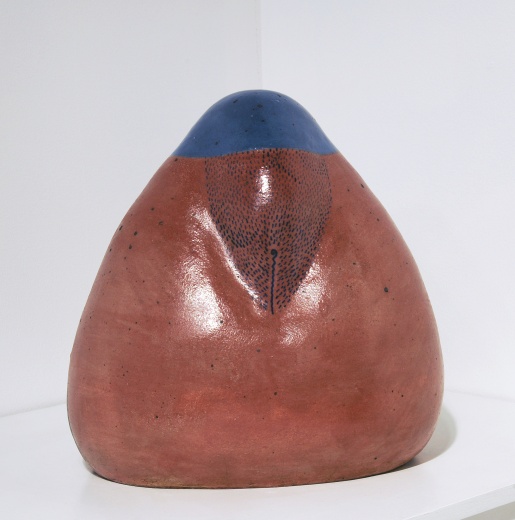 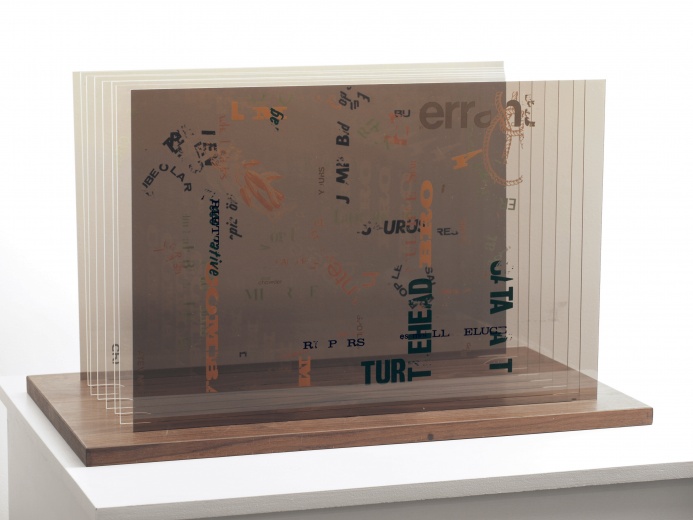 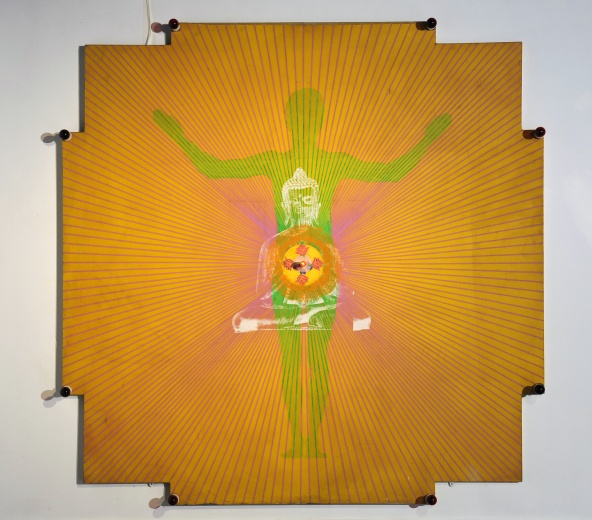 November 15, 2019 - January 25, 2020
Word Matter is a group exhibition of sculpture, prints, multiples and drawings that utilize language as image, form and meaning.

January 25, 2019 - April 6, 2019
JUDY PFAFF (b. 1946) was born in London and later settled in America at the age of thirteen. She received her B.F.A. from Washington University and her M.F.A. from Yale University. From the beginning of her career in the 1970s, Pfaff has worked with a wide and unusual range of materials and moves back and forth easily between two- and three-dimensional work, creating art that is complex, profuse, and unique. Her dynamic, exuberant, large-scale works incorporate many different media. Like her installations, Pfaff’s prints have a three-dimensional presence and flowing quality with layered circles, lines and organic shapes echoing throughout the images. To bring the overall compositions together, her prints are often completed with hand-applied paints, fabric dyes, and collage layering. Pfaff was named a MacArthur Fellow in 2004 and was featured in PBS’s Art 21 in 2007. Her innovative work has brought her wide acclaim from galleries and museums throughout the United States, Europe, and the Far East, and her work can be found in such prestigious collections as the Detroit Institute of Art; The Museum of Modern Art, New York; the Whitney Museum of American Art, New York; and the Philadelphia Museum of Art. Pfaff lives and works in Kingston and Tivoli, New York. ISAAC ABRAMS (1939-) began producing drawings and paintings in 1965. An early self-taught pioneer of psychedelic art, his densely painted canvases depict organically bio-morphing hallucinogenic landscapes. Multi-colored or dot matrix-like in composition, Abrams paintings and drawings are structural explorations into interior and exterior happenings. In the monograph “Psychedelic Art” published 1968, authors Robert E. L. Masters & Jean Houston describe the artist’s paintings and drawings,“ Abrams works might best be described as ecstatic inscapes.“(p.119). This exhibition will include a selection of painting and drawings from the 1960s to the present. ” KIRK MANGUS (1952 - 2013) was the head of Ceramics at Kent State university from 1985-2013, where he was regarded as a beloved mentor to generations of students. He received a B.F.A. from the Rhode Island School of Design and an M.F.A. from Washington State University, Pullman. He lectured widely in China, Japan, Korea, France, Italy, Finland, Lithuania, Canada and throughout the United States. His pottery wheel demonstrations were viewed as extraordinary performances. He was the recipient of two National Endowment for the Arts grants, four Ohio Arts Council Fellowships, a Pennsylvania Council on the Arts Fellowship, and a McKnight Fellowship Residency at the Northern Clay Center in Minneapolis.

October 12, 2018 - December 22, 2018
Carl Solway Gallery presents an archive of Fluxus performances by American photographer Peter Moore for Cincinnati’s 2018 Open Archive FotoFocus Biennial. Opening on Friday, October 12 from 5 - 8 pm and continuing through December 22. It will include vintage gelatin silver print photographs by Peter Moore and a selection of original Fluxus works by artists including: Yoko Ono, Charlotte Moorman, Ben Patterson, Emmett Williams, Larry Miller, Al Hansen, Alison Knowles, John Cage, Daniel Spoerri, Jiri Kolar, Robert Watts, and Shigeko Kubota. Peter Moore’s extensive photo documentation included Fluxus events and the landmark 1960s Judson Dance Theater performances that are now being re-visited and exhibited at the Museum of Modern Art in NYC. Fluxus artists did not agree with the authority of museums to determine the value of art, nor did they believe that one must be educated to view and understand a piece of art. Fluxus not only wanted art to be available to the masses, they also wanted everyone to produce art all the time. This exhibition of photographs focuses on the radical performances of Korean American artist Nam June Paik and his collaborator, musician Charlotte Moorman. Paik, regarded as the father of video art, created a bra and a cello made of TV sets for Charlotte to wear during her performances. Charlotte Moorman was also the organizer of the New York Avant-Garde festivals that occurred between the years 1963 to 1980. Peter Moore (1932-1993), who was born in London, attended Haverford College and the Massachusetts Institute of Technology for engineering, psychology, and art in the 1950's. He worked in the darkrooms of Life magazine and at the U.N. as an assistant to O. Winston Link documenting industry and art. His first published picture was in The New York Times. Beginning in the early 1960's, Mr. Moore assembled an archive of over half a million pictures of performances by George Maciunas, Allan Kaprow, Nam June Paik, Joan Jonas, Yvonne Rainer and many others. He later taught photography and wrote widely on the medium, and worked from 1978 to 1989 as a technical editor and columnist for Modern Photography magazine. © 2018 Barbara Moore / Liscensed by VAGA, New York, NY Courtesy Paula Cooper Gallery, NY