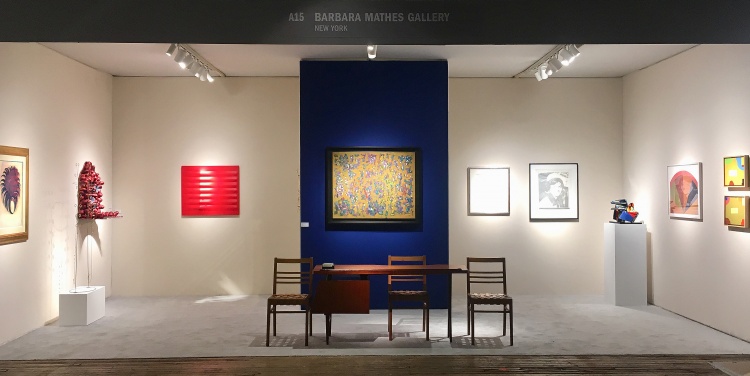 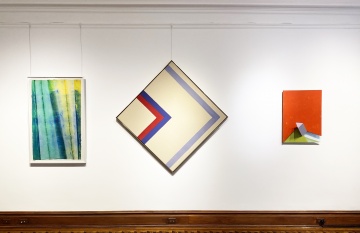 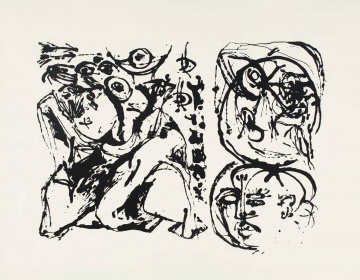 April 29, 2021 - August 13, 2021
Barbara Mathes Gallery is pleased to announce Jackson Pollock: The Experimental Works on Paper, an exhibition of Pollock’s little-known engravings and silkscreens. Jackson Pollock (1912-1956) experimented with a variety of different media throughout his career and his works on paper frame the development of his style, illuminate the shifts in his work of the early 1950s, and attest to his range as an artist.

January 21, 2021 - April 23, 2021
Barbara Mathes Gallery is pleased to announce our first exhibition of 2021, Fausto Melotti: Ceramics. Since first introducing American audiences to Fausto Melotti (1901-1986) in 1995, the gallery has curated a series of exhibitions devoted to Melotti's work including Fausto Melotti: Works on Paper and Plaster (2013); Fausto Melotti: Sculpture and Ceramics (2014); Melotti and Morandi (2016); and Fausto Melotti: Rhythm and Form (2019). Fausto Melotti: Ceramics presents a selection of the artist's remarkable ceramic works from the postwar period. Although best known for the singular metal sculptures that he described as ‘drawing in space,’ Melotti belonged to a generation of Italian artists who viewed ceramics as an art form with ties to ancient Roman and Etruscan culture. Introduced to the form by architect, designer, writer, and ceramics enthusiast, Gio Ponti, Melotti’s most concentrated ceramic production came in the aftermath of the Second World War. Upon discovering that his studio had been destroyed in the bombing of Milan, the artist renewed his practice by renting out a kiln, thus initiating a fifteen-year period in which he only produced ceramics and terracotta sculptures. His work in these years ranged from small decorative objects of uncommon beauty to large, patterned tiles commissioned for architectural interiors.