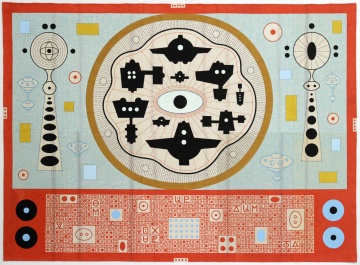 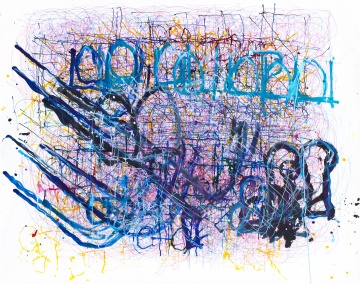 April 9, 2022 - May 14, 2022
Andrew Edlin Gallery is pleased to present its second Dan Miller (b. 1961) solo exhibition featuring nine recent large-scale compositions. For 30 years, Miller has created enigmatic text-based abstractions consisting of dense layerings of letters, symbols, and words. The artist, who is both autistic and largely non-verbal, records in the works his thoughts and interests, specifically relating to mechanics (lightbulbs, fans and electrical sockets) as well as the names of cities he has visited, people to whom he is close, and foods he enjoys. 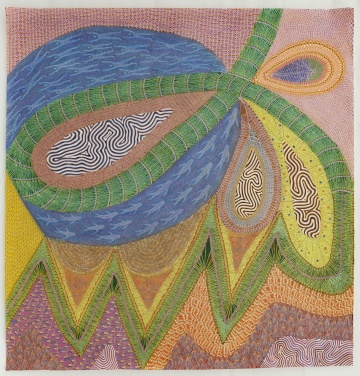 Domenico Zindato: By the River of Multiple Suns

April 9, 2022 - May 14, 2022
Andrew Edlin Gallery is pleased to present an exhibition of recent works by Domenico Zindato, the artist’s fourth solo show with the gallery. Best known for his masterfully elaborate and vibrant pastel and ink drawings, Zindato (b.1966) continues to expand on the unique visual lexicon he has been developing for nearly 30 years, filling his compositions with layered patterns and recurring motifs which serve as the main ingredients of his mesmerizing topographies. 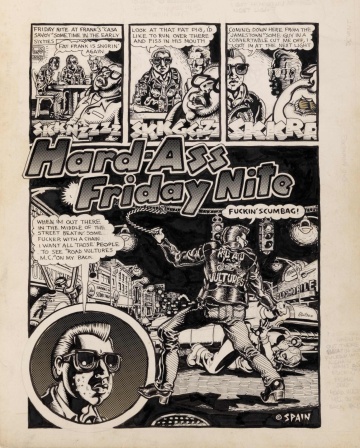 February 12, 2022 - April 2, 2022
Announcing the first show for the artist since the gallery's representation of the estate. Curated by Dan Nadel, this career-spanning retrospective will include unique drawings for comics alongside sketchbooks, paintings, and ephemera. 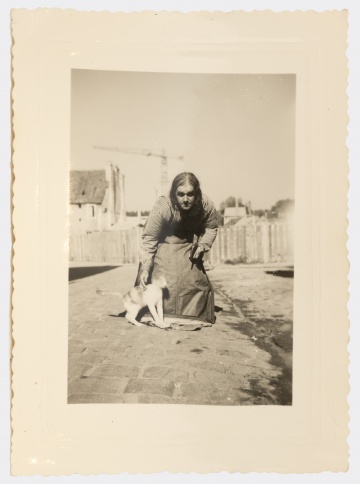 December 11, 2021 - February 5, 2022
Andrew Edlin Gallery is pleased to present the first New York solo exhibition of French artist Marcel Bascoulard (1913-1978), featuring a series of photographic self-portraits created over the course of three decades. A painter, poet, designer, photographer and illustrator, Bascoulard inhabited an idiosyncratic universe of his own making. Though he left behind a diverse body of work, the photographs he took of himself dressed in elaborate feminine attire are the most intriguing, mysterious, and well-known. 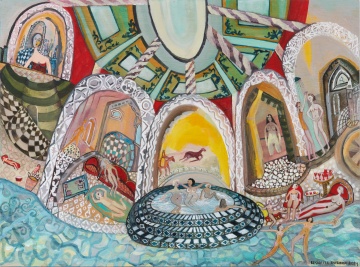 December 11, 2021 - February 5, 2022
Andrew Edlin Gallery is pleased to present an exhibition of recent paintings by self-taught Italian artist Elisabetta Zangrandi. From a young age Zangrandi has painted on any surface available to her – rocks, bottles, wood, plants. Inspired by her love of nature and the sweeping landscape visible from her home, her pictures are colorful worlds of fantasy, often involving princesses and fantastical creatures. Although dissociated from the professional art world, she has long admired the work of Italian Renaissance masters and French Impressionists. 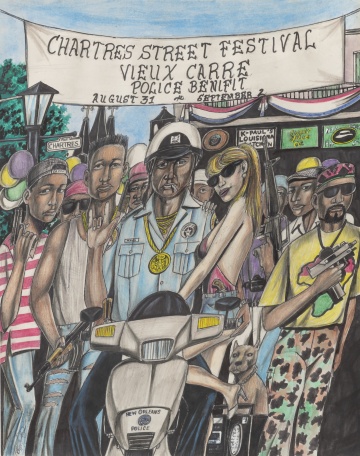 October 30, 2021 - December 4, 2021
Andrew Edlin Gallery is pleased to announce an exhibition of watercolor drawings by New Orleans artist Roy Ferdinand (1959-2004), known locally during his lifetime as the “Goya of the ghetto” for his grisly, realistic depictions of life during the crack wars of the 1990s. The show features roughly twenty-five works made between 1989 and 2004, and marks the first New York solo exhibition for the artist. 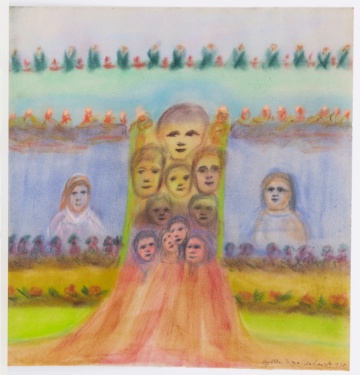 Agatha Wojciechowsky: Spirits Among Us 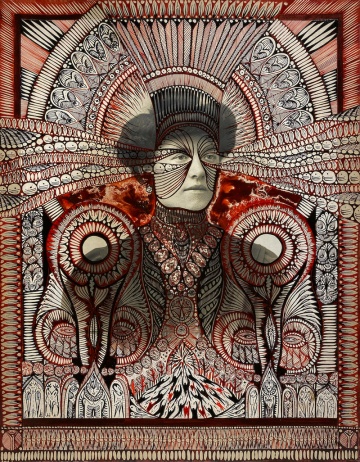 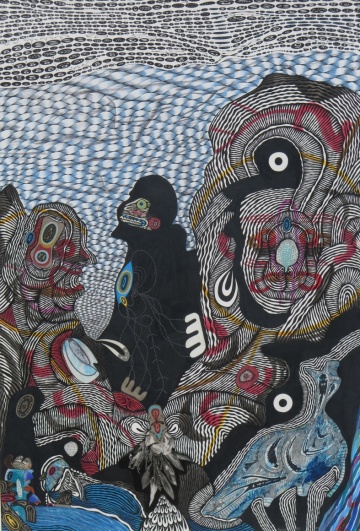 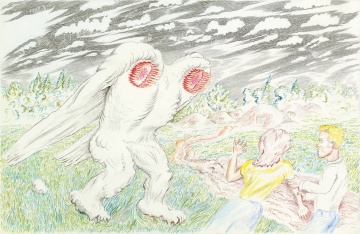 July 12, 2021 - August 13, 2021
Bruce Bickford: The Uplands Curated by Eric White July 12 – August 13, 2021 Andrew Edlin Gallery 212 Bowery New York NY 10012 Electric Lady Studios 52 W 8th Street New York 10011 By appointment only Andrew Edlin Gallery is pleased to present the first New York gallery exhibition of drawings by celebrated artist Bruce Bickford (1947-2019). Best known for his groundbreaking 1970s stopmotion animations for Frank Zappa, Bickford was a prolific independent animator and illustrator whose legacy of films, graphic novels, and drawings are rooted in a narrative blend of B-movies, advertising icons, war, alternate histories and paranormal phenomena. The Uplands presents works created from 2012 until the artist’s passing and includes a series focused on the structure of Bickford’s fictional Pacific-Northwest landscape; outtakes from his graphic novel Vampire Picnic; and a suite of images depicting Zappa himself, which will be displayed at Electric Lady Studios where the musician recorded part of his renowned 1974 album Apostrophe’. A series of his graphite-on-paper animations will be screening at both exhibitions. Bickford’s drawings, like his perpetual motion animations, depict a reality that was constantly unfolding in front of him. Much of this is evident in the Uplands, about which he wrote: “Several cults and interest groups exist in the Uplands, but the main society there has been quite stable for centuries, dating back to the early Viking settlements. Fortunately for them, there is a power that hovers over the Uplands, a barely visible shroud of energy which prevents the usage of modern electronic devices.” These drawings function as articulate, seemingly objective descriptions of Bickford’s universe of ideas because his mechanical pencil strokes never vary in width and seem as sure-footed as the lines made by an engineer carefully delineating a gear shift. They are unaffected, objective, like the early animation pioneer Winsor McCay or the contemporary surrealist Jim Shaw. And then the strange creeps in. Bruce Bickford was raised in Seattle, Washington, the son of a Boeing engineer. He and his brothers grew up with a lust for action and a love of movies. “Fantasy,” Bickford said, “is usually about perfecting your imperfect life.” His imperfect life included enlisting in the U.S. Marine Corps in 1966 followed by an eleven-month stint in Vietnam. Upon returning home in 1969, Bickford threw himself into filmmaking. Impressed by Frank Zappa’s film 200 Motels (1971) and having completed numerous clay animation sequences of his own, in 1973, he sought out the musician in Los Angeles. In his lengthy creative partnership with Zappa, he producedmultiple films and animation sequences. From 1981 until his passing in April 2019, Bickford made his own films, some of which were screened internationally, and in later years created stand-alone images and graphic novels. Though he rarely spoke of influences outside of cinema, a link can be traced between Bickford and cartoonists and animators such as Robert Crumb and Victor Moscoso, who share his fascination with the endless mutability of the body and space; and with H.R. Giger, who built a fictional world with scaffolding so elaborate that the viewer or reader might only see the surface. But when we step back to look at Bickford’s drawings, it’s the Belgian master James Ensor who looms over the activity: the woozy lines, the deftly orchestrated parades of beings, the obsession with what lies beneath, and shimmering colors. In Bickford’s world, each image is the manifestation of a living consciousness that he is both generating and documenting, producing equal parts wonder and bafflement. Bruce Bickford (1947-2019) is widely considered a pioneer and master of clay animation, creating uniquely bizarre narratives in perpetually morphing plasticine. Although primarily known for his clay and line animation, the artist spent much of his later life creating intricate paintings, drawings, graphic novels, and sculptural objects. The artist gained a cult following in the 1970s when his animations were featured extensively in the films of Frank Zappa, including Baby Snakes (1979), The Dub Room Special (1982) and The Amazing Mr. Bickford (1987). Subsequently, he produced his most highly regarded piece, the award-winning 1988 feature Prometheus' Garden, as well as his final film, CAS’L’ (2015). In 2004 he was the subject of an award-winning feature-length documentary Monster Road by Brett Ingram. More recently, some of Bickford’s last works, as well as a sequence of never-before-seen animation from the 70s, appeared in Alex Winter’s documentary feature Zappa (2020). Eric White (b.1968) is an artist currently based in Los Angeles. His work has been exhibited extensively in galleries and museums around the world. He is represented by Grimm Gallery in New York and Amsterdam. 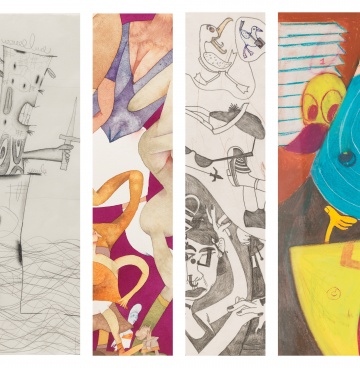 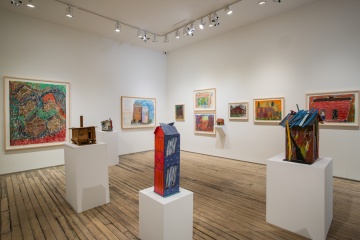 March 20, 2021 - June 8, 2021
The work of African American artist Beverly Buchanan (1940-2015), which drew from her childhood memories and subsequent travels in Georgia and the Carolinas, pays tribute to the vestiges of Southern Black heritage, and, in the process, offers a distinctive view of the rich culture of this often overlooked segment of rural American life. 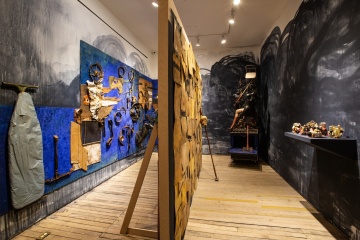 March 20, 2021 - May 8, 2021
Andrew Edlin Gallery is pleased to present "Homebody," an installation by Abigail DeVille. DeVille's body of work is centered around the cosmologies of marginalized people and places. "Homebody" explores the legacy of homemaking and displacement through her family's experiences in the Great Migration. In the 1930s, DeVille's family moved north from Richmond, Virginia, landing first in Harlem and later, in the 1950s, the Bronx. This project was inspired as a dialogue with the gallery's concurrent show, Shacks and Legends, 1985-2011, a solo exhibition by Beverly Buchanan (1940-2015), which is presented in the adjacent space. 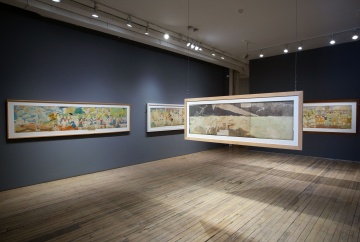 The Double-Sided Dominions of Henry Darger

September 26, 2020 - November 28, 2020
Andrew Edlin Gallery is excited to present “The Double-Sided Dominions of Henry Darger,” the first solo exhibition of the artist’s work at the gallery in over a decade. The show features nine double-sided watercolor drawings, eighteen compositions in all, which were originally hand-bound by the artist into at least three separate gigantic pictorial albums. They represent three distinct periods of Darger’s development and trace the evolution of his art from the 1930s through the 1950s. 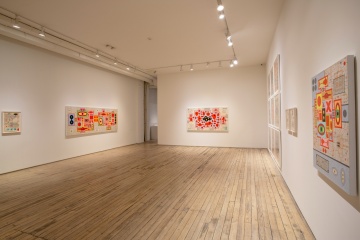 Karla Knight: Notes from the Lightship

February 28, 2020 - July 10, 2020
Andrew Edlin Gallery is pleased to present "Notes from the Lightship," an exhibition of new work by Karla Knight. Knight’s first solo show with the gallery features visionary paintings and drawings made over the past three years. 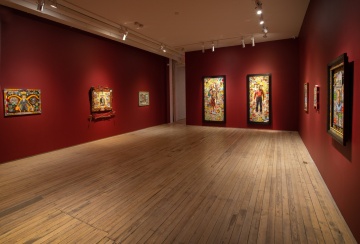 Joey Coleman and the Shadow Self

October 25, 2019 - December 21, 2019
"Joe Coleman and The Shadow Self" surveys the past twenty-five years of the artist’s degenerate and deviant portraiture. Coleman's subjects are at once subjective and self-reflexive; contemplations of the other as reflections of his own identity and abiding sense of humanity. Whether self-portraits, depictions of his friends or––with the greatest affection, his wife and muse Whitney Ward––or invocations of infamy like the insurrectionist abolitionist John Brown, the medieval composer Carlo Gesualdo, who murdered his wife and her lover and then put them on display, or Swift Runner, the Cree hunter, who when facing starvation as a result of the alien European extinction of the buffalo murdered and cannibalized his family, Coleman’s art is painted with an impassioned degree of love and understanding that is rare and somewhat reviled in the profession of fine art. 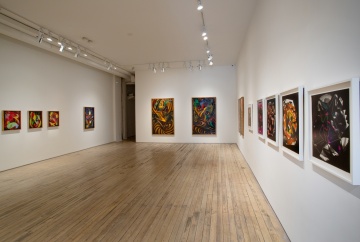 Paulina Peavy/Lacamo: They Call us Unidentified

September 6, 2019 - October 19, 2019
There are few figures in the world of arts and culture who have conjured a worldview so fully complete in its internal logic and yet as terrifyingly radical as Paulina Peavy (1901-1999). Peavy’s artwork, writings and films appear to those of us mired in conventional reality as unhinged. She painted while wearing a mask and served as a channel for a being she described as her personal “UFO,” a highly evolved teacher from the future named Lacamo. The ability Lacamo gave her to see past and future helped make her artwork indescribable and breathtaking in its sumptuous timelessness and world-making, or perhaps world-saving, ambition.